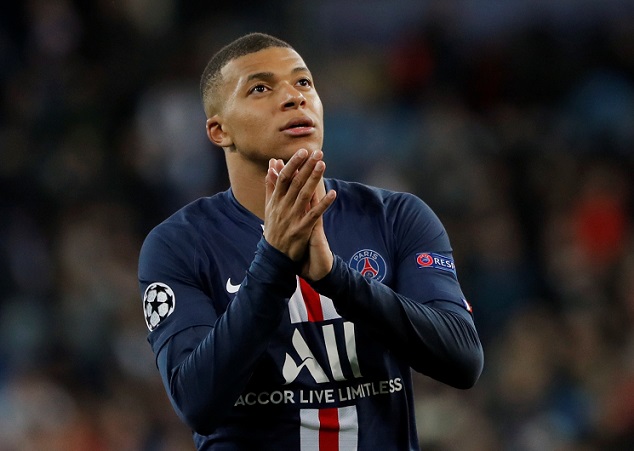 Paris Saint-Germain ace Kylian Mbappe has the ability to go on and become one of the best players in the history of the game, according to team-mate Neymar.

The two PSG superstars are constantly the subject of speculation about their futures with Neymar regularly tipped for a return to Barcelona and Mbappe linked to just about everyone who could possibly afford him, which is not many.

The French international has played 113 times for the Ligue 1 champions, scoring 82 goals along the way with 45 assists, and Neymar says there is a lot more to come from the 21-year-old.

He told FIFA’s website: “Kylian is a phenomenon. He has the potential to become one of the best players in history. To have him as a teammate is a huge honour. We understand one another very well on the pitch and off it too. I love him!”

The pair will be going all out in the second half of the season to achieve their goal of winning the Champions League for PSG which would be a first for the club.

PSG travel to Germany to face Borussia Dortmund on February 18 and with Mbappe and Neymar combining for 37 goals and 23 assists this season, their success in the tournament arguably hinges on their performances.

If they get through the next round, which is by no means a given, there is a chance that Thomas Tuchel’s side could come up against Neymar’s former club Barcelona and one Lionel Messi, a player the Brazilian says is the best ever.

He added: “Playing alongside Leo was a unique experience and we became friends. Of those I’ve seen play, Messi is the best in history!”