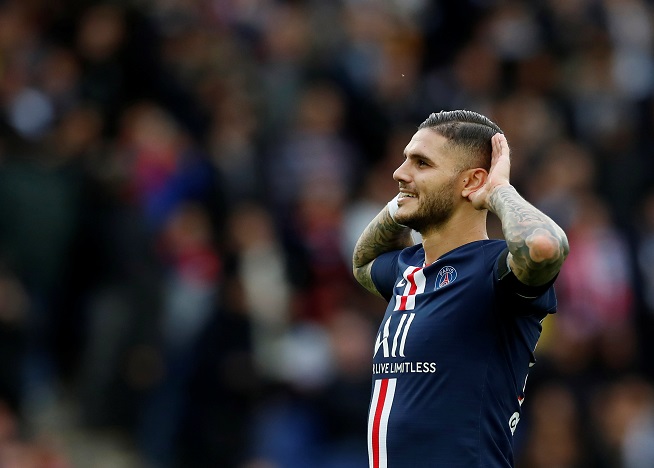 Paris Saint-Germain’s chances of signing Mauro Icardi on a permanent basis have been hit by the news Juventus have opened talks with his representatives.

Icardi joined PSG on a season-long loan deal from Inter Milan in the summer and proved to be an instant hit when finding the back of the net on a regular basis.

That kicked off reports suggesting that the Parisians would try and wrap up a permanent deal as soon as possible, but that failed to happen in the January transfer window.

Icardi’s form has since dipped, and, although he remains an important part of the PSG squad as they push for domestic and European glory, regular first-team action has been difficult to come by.

The Argentina star has mainly had to settle for a place on the substitutes’ bench and Thomas Tuchel’s men could be having second thoughts over pursuing a permanent deal.

Juventus and Inter also expected to go head to head for Federico Chiesa and both have interest in Timo Werner. Juve may also consider a move for Mauro Icardi if Higuain's contract isn't renewed. [GdS] pic.twitter.com/DiC1t7yabm

However Icardi will not be short of options and it has already been claimed that Juve have opened talks with a view to getting a deal done ahead of the new season.

The Old Lady were linked before he joined PSG and are now said to be back in the hunt after failing to land him at the first attempt.

Icardi’s wife and agent Wanda Nara is said to be holding talks with the Bianconeri, who are looking to revamp their strike force for next season.

Inter boss Antonio Conte does not see Icardi in his future plans and will be happy to cash in and use the money to strengthen his own ranks.