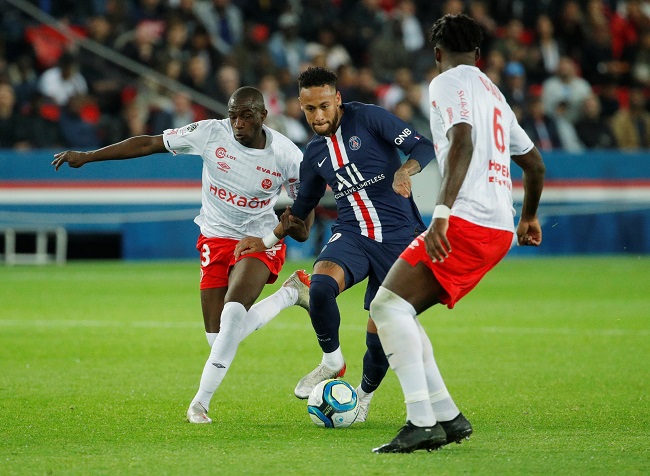 Brighton and Crystal Palace are reportedly involved in a transfer tussle for Reims left-back Hassane Kamara.

French defender Kamara joined Reims in 2015 from Chateauroux but it is not until this season that he has become a regular first-team fixture, making 14 Ligue 1 appearances and scoring one goal to help the club to 10th in the standings, just five points off the Champions League positions.

The 25-year-old’s impressive performances have been attracting interest from two Premier League clubs, with reports claiming both Brighton and Palace are looking to acquire his services before the January transfer window closes.

It is has even been claimed the Seagulls, who have looked impressive under manager Graham Potter since his took charge last summer, have had a bid rejected by Les rouges et blancs, while the Eagles are believed to have lodged an enquiry.

Reims are desperate to keep hold of Kamara, who has entered the final 18 months of his contract, but the opportunity to play in England’s top flight may be too difficult to turn down for the left-back.

It is unclear whether Brighton, who are 14th in the standings and three points above the relegation zone, will return with an improved offer for the Frenchman or wait until the summer.

Kamara received plaudits for his performance in the meeting with Paris Saint-Germain back in September, where he scored as his side stunned the defending champions 2-0.

Reports are suggesting any interested club will have to fork out somewhere close to £7million if they want to sign the defender, who is also attracting interest from clubs across Europe.