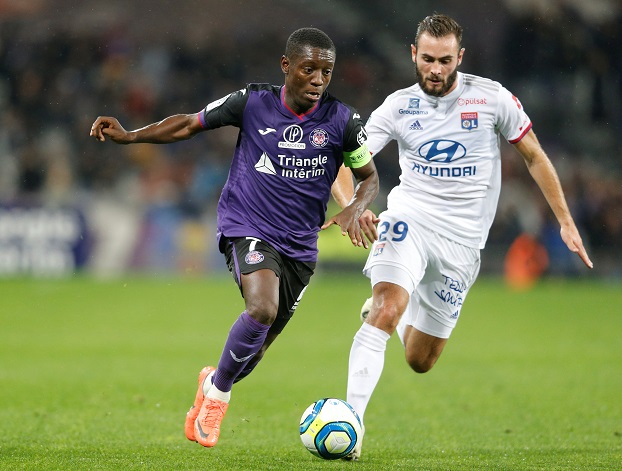 Toulouse captain Max Gradel has criticised the club’s fans for their conduct during Saturday’s 2-0 home loss to Rennes.

It has been a wretched season for the Violets who are rooted to the bottom of Ligue 1 with little hope of escaping danger.

They are winless in 17 matches and have picked up a solitary point in that period as their 17-year stint in the French top-flight appears destined to come to an end.

Goals in each half from Benjamin Bourigeaud and Faitout Maouassa sealed another miserable afternoon for the club, who are 14 points adrift of safety with just 11 games remaining.

That has led to dissent from the club’s fans who took the unusual step of turning their backs on their own team in order to support Rennes.

Gradel, who played the full 90 minutes at the weekend, was dismayed by the fan’s reaction and says that while he understands the frustration, the players are still giving their all.

“We need to see supporters who come to support their team, not Max Gradel or a player. At one point, it feels like playing 13 against 11,” the 32-year-old told beIN Sports.

“Since we are in this club, I speak for myself and I assume what I say, I always gave everything. It is clear that they can be disappointed, but we always encourage and if we have our supporters who are against us, it is difficult.”

Toulouse have spent the past five years fighting relegation with a 13th-place finish in the 2016-17 season their best effort since 2014.

Three managers have been in the dugout this season with Denis Zanko taking charge in early January, though he has yet to pick up a point in that time.