Campbell will need to work miracles at Southend 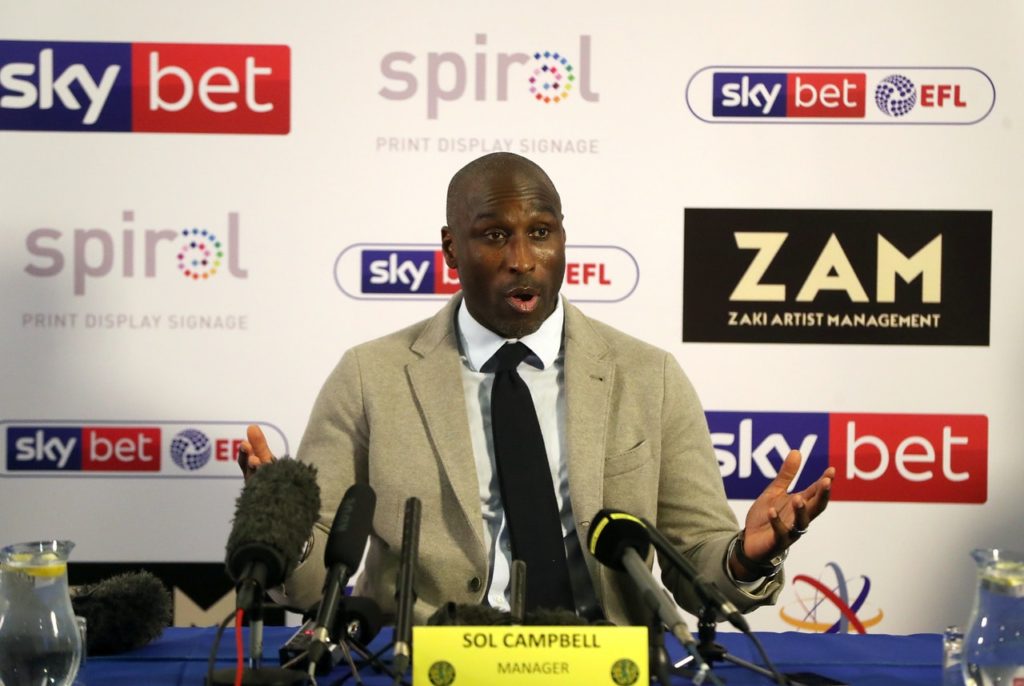 Sol Campbell was named the new manager of Southend on Tuesday but can he really save a side that already looked nailed on to be relegated from League One?

Former England international Campbell certainly can’t be described as someone who is afraid of taking on a daunting job. His first managerial position was with a Macclesfield side that sat rock bottom of the Football League last November.

The Silkmen were five points adrift of safety on Campbell’s arrival but the 45-year-old was able to steady the ship, with a home draw with Cambridge on the final day of the season enough to preserve their League Two status.

However, Macclesfield were also a club struggling financially during Campbell’s tenure and the former defender ultimately stepped down from his position at Moss Rose in August.

Since then, Campbell has been linked with a number of roles, including the vacant position at Southend, but it seemed that former Celtic and Barcelona forward Henrik Larsson was the man set to take over at Roots Hall.

However, the appointment of Larsson fell through at the last minute, which prompted Southend to turn their attention to Campbell.

The Shrimpers are in need of some inspiration as they have won only one and lost 11 of their 14 League One matches to date this term and already sit eight points adrift of safety.

Indeed, the Essex club are only off the bottom of the standings courtesy of the points deduction Bolton were handed at the start of the campaign.

If Campbell wasn’t aware of the task at hand, he will be now after he watched from the stands as his new side were thrashed 7-1 on home soil by Doncaster on Tuesday night.

That was Southend’s heaviest ever home defeat and it won’t get any easier for Campbell in his first official match in charge, with the club set to host league leaders Ipswich on Saturday.

One of Campbell’s first jobs will be to try and tighten up a defence that has already conceded 40 goals this season – 13 more than any other team in the division, with 11 of those coming in their last two home games.

Southend have also picked up just one point from their six matches at Roots Hall this term, with every statistic seeming to suggest that Campbell will require something of a miracle to keep them in the division.

However, similar things were being said when the former Arsenal and Tottenham star took over at Macclesfield less than a year ago, and he will have the belief he can keep Southend in League One.

Campbell, who has signed a contract at Roots Hall until the end of the 2021-22 season, will also bring with him a wealth a Premier League and international experience in terms of his coaching team, with his former Portsmouth team-mate Hermann Hreidarsson and ex-Manchester United striker Andy Cole joining him on the south coast.

Campbell may well be the right man to lift the spirits at Southend and get them moving in the right direction once again.

However, even though the clocks are yet to go back, time could already be running out on the Shrimpers’ stay in League One.