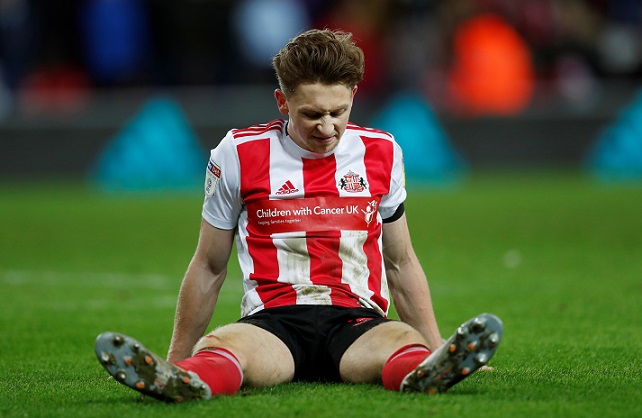 Sunderland were a safe Premier League side three years ago – now they look unlikely to get out of the third tier.

There is always a sense of intrigue when a supposed “big” club drops into the third tier.

The likes of Sheffield Wednesday, Sheffield United, Nottingham Forest and Leeds have all been in League One at some point in recent years, while Bolton, Ipswich, and Coventry are all slogging it out at that level now.

To varying degrees of success, the former clubs made it to the other side and most of them are prospering now.

But it was a struggle – none of them were promoted at the first attempt after dropping down into the third tier, and some had to rebuild entirely to get back into the Championship.

Sunderland became, at the time, the latest “big” club to sink into League One following a dismal Championship campaign, captured for the whole world to witness via a Netflix documentary series.

Players were shipped out and shipped in in equally vast measures and Jack Ross was the man trusted to steer the club back to “where it belonged”.

Eighteen months and a play off final defeat later, the Black Cats are marooned in mid-table mediocrity as they sit ninth in the table.

A run of five games unbeaten under new boss Phil Parkinson has not stopped the hostility and vitriol around the Stadium of Light to the point where owner Stewart Donald has held his hands up and put the club up for sale.

At the start of the 2010s, the club were fighting for a top-half finish in the Premier League. Now they are trying to scramble an unlikely play off push in League One.

So where did it go wrong? A number of factors can be brought into consideration.

For most of Sunderland’s descent, the club was owned by American Ellis Short, who drew fans’ ire due to his chronic apathy and lack of investment in the club.

For too long Sunderland would hover above the trap door before miraculously surviving and the powers that be relied on those miracles rather than trying to build the club with sound investment.

Because of that stagnation, Sunderland made the grave error of continuously changing managers in the hope that one of them would stumble upon a successful formula.

That didn’t happen and the unfortunate baton was passed to David Moyes, who took Sunderland down for the first time in 10 years.

The negative energy permeated their sole Championship season and a combination of EFL specialist Simon Grayson and Chris Coleman could not keep them afloat in the division.

Rival clubs should look at Sunderland as an example of how not to run a football club.

Their instability with managers caused chaos, their transfer strategy was therefore hampered, and they had an owner who shied away from the rigours of football club ownership.

Considering how long Sunderland were a Premier League club, it still seems amazing just how far they have fallen down the ladder, and so quickly.

But it can happen to anyone and there are lessons to be learned from their current scenario.