Macclesfield handed EFL reprieve that could have dire consequences for Stevenage 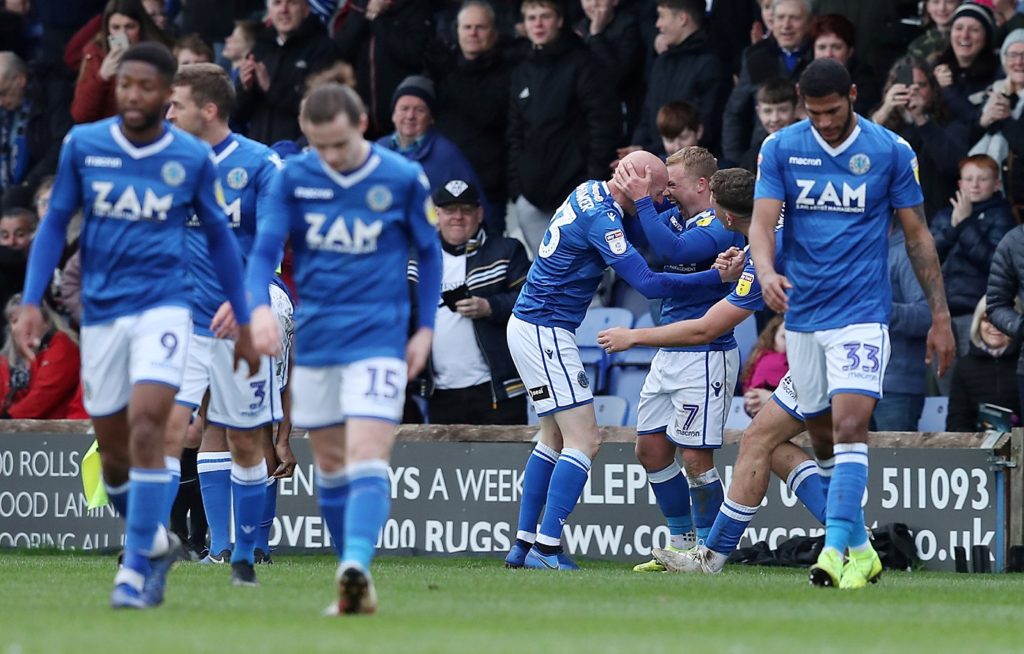 Macclesfield's chances of avoiding relegation from the Football League have been boosted as they have had their points deduction reduced on appeal.

League Two strugglers Macclesfield were originally deducted 10 points, four of which were suspended, due to their non-payment of wages and failure to fulfil their fixture against Crewe on December 7.

However, an independent arbitration panel has now ruled to reduce that deduction down to seven points, three of which are suspended, which is enough to lift the Silkmen, who were second-bottom of the League Two standings, up to 22nd in the table, level on points with Morecambe with a superior goal difference.

📝 The points sanction imposed on the club back in December has now been reduced 👇https://t.co/60UFkzlEQT

Both those clubs are now 10 points clear of rock-bottom Stevenage, who do have a game in hand, but now seemingly have an even bigger mountain to climb if they are to retain their Football League status, with only one side set to be relegated from the fourth tier this season.

Macclesfield are not completely out of the woods just yet. They are also set to face multiple misconduct charges that will be considered by an independent disciplinary commission in the near future.

One of those fresh charges relates to the club once again failing to pay their players on time.

The squad’s refusal to play against Crewe was down to the fact they hadn’t been paid earlier in the season, while the club were also forced to field a team made up of youth players and loanees in their FA Cup first-round tie with seventh-tier Kingstonian in November, a match that ended in a 4-0 home defeat.

Mark Kennedy’s side look set for an anxious few months but the decision to reduce their points deduction is, for the time being, a positive one – not that Stevenage or Morecambe fans would agree.

Of course, with the Football League currently suspended until April 3 at the earliest, and uncertainty surrounding when or if the campaign will resume, there could be a scenario where no teams are relegated this term.

One things for sure: Macclesfield will need to get their house in order, otherwise the writing could be on the wall for them to return to non-league in the near future, having only regained their Football League status in 2018.