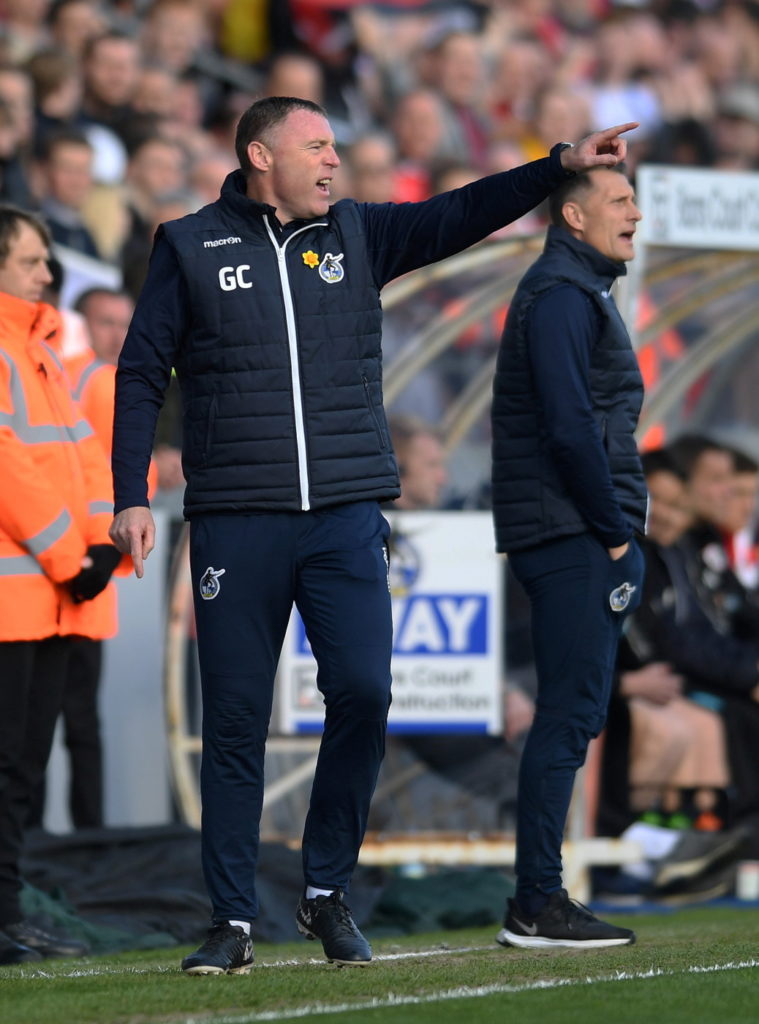 Graham Coughlan has left League One promotion chasers Bristol Rovers to take over as manager of a Mansfield side struggling at the bottom of the fourth tier.

On paper it certainly looks a strange choice for Coughlan to end his year-long stay at the Memorial Stadium, particularly given the success he has achieved.

The Pirates were in the midst of a relegation battle when the 45-year-old succeeded Darrell Clarke as manager in December 2018, but he successfully preserved their third-tier status in relatively comfortable fashion come the end of the campaign, as Rovers finished 17th, four points clear of the drop zone.

That was an impressive showing from Coughlan, who was taking on his first senior managerial role, but things have got even better for the club this season, as a four-match winning run has lifted them up to fourth in League One and just two points off the automatic promotion positions.

That is a staggering achievement given Rovers were playing non-league football just four-and-a-half years ago and they have not held such a lofty position in the pyramid since they were relegated from the second tier in 1993.

Indeed, if there was going to be a suggestion of Coughlan leaving Rovers, most people would have predicted a move up the ladder rather than dropping down a division, with Mansfield currently languishing 18th in League Two.

The Stags parted ways with former boss John Dempster on Saturday following a 1-1 draw at Crewe that extended their winless run to five matches.

Playoff semi-finalists last season, Mansfield have certainly fallen short of expectations so far this term, particularly given they boast proven quality within their squad from the likes of former West Ham forward Nicky Maynard and Andy Cook, who reached double figures for goals in League One last season despite suffering relegation with Walsall.

Mansfield are currently 12 points off the League Two playoff places, but Coughlan feels the facilities and quality within the squad would suggest they could still mount a late surge for promotion.

That is certainly the target for chairman John Radford and perhaps there is more ambition and resources available to Coughlan at Mansfield than there was a Bristol Rovers.

However, the main reason for Coughlan’s decision to swap a potential tilt at the Championship with a struggling fourth tier team is to do with geography.

The former defender’s family is based in Sheffield – the place they settled during his playing days at the likes of Rotherham and Sheffield Wednesday – and it would appear the regular commute from South Yorkshire to Bristol has taken its toll.

Career-wise it may be a bold decision for Coughlan to make, but his reasoning is solid and if he could get the best out of a Rovers side whilst regularly travelling hundreds of miles, then what could he do on his own doorstep with a Mansfield team that has been underachieving.