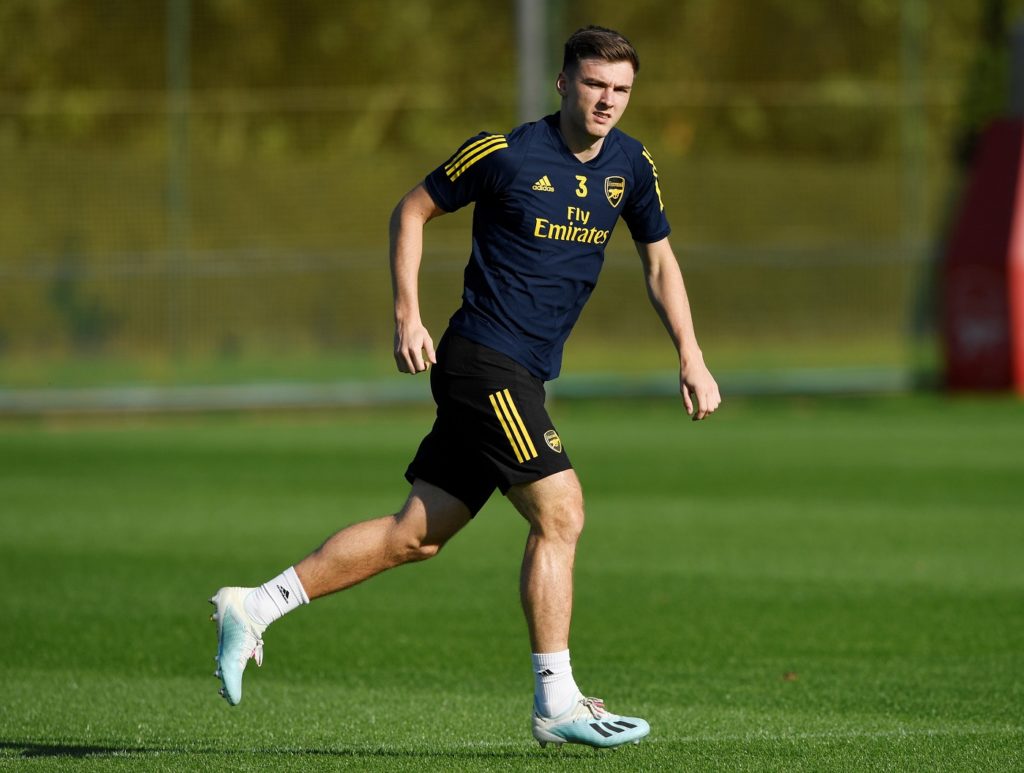 Freddie Ljungberg will hope to have Hector Bellerin available for his first home game in charge of Arsenal when they take on Brighton on Thursday.

Interim boss Ljungberg made his bow last Sunday as the Gunners were held to a 2-2 draw at Norwich.

That extended the north Londoner’s winless run to eight games in all competitions and results earlier in the week mean they have slipped to 10th and now 10 points off the top four.

Thursday’s clash with Brighton has, therefore, taken on extra significance if they are to stay in the mix for Champions League qualification and Ljungberg admits his only focus is on picking up a much-needed three points.

The Swede has called on the fans to get behind the team on Thursday to boost their chances with the recent atmosphere at the Emirates Stadium, which was only a third full for last week’s loss to Eintracht Frankfurt, having become toxic towards the end of the Unai Emery era.

“When it comes to the Emirates, the fans want us to win football games. They want us to play good football and I think the only way to try to get a good atmosphere and get them going is to try to achieve that,” he said.

That loss to Frankfurt is the only time Arsenal have been beaten on home soil this season and they have an impressive record on their own patch against Brighton, never losing a competitive clash with the Seagulls in eight previous meetings.

However, they have found the south coast side a tough nut to crack for the Gunners since their return to the Premier League, failing to win three of their four encounters.

Graham Potter’s men will hope they can pick up another positive result in the capital and stop the rot having lost their last three matches, while they are on a four-game losing run away from home.

Potter says Brighton are stepping into the unknown facing Ljungberg’s Arsenal and the ex-Swansea boss has predicted a difficult night for his men.

“He has just had one game at Norwich, and will be looking to change some things again. It’s not easy to second guess that, so we just need to focus on ourselves and make sure we’re at the level we need to be to get a result at a top football club,” said Potter.

Arsenal will hand a late fitness test to Bellerin after he missed the last two games with a hamstring issue, while Dani Ceballos and Rob Holding remain on the sidelines.

Brighton might have full-back Bernardo available for the first time since August after he returned from training following a knee injury.

Solly March has been ruled out with a groin injury, while Jose Izquierdo’s knee issues keeps him on the sidelines.