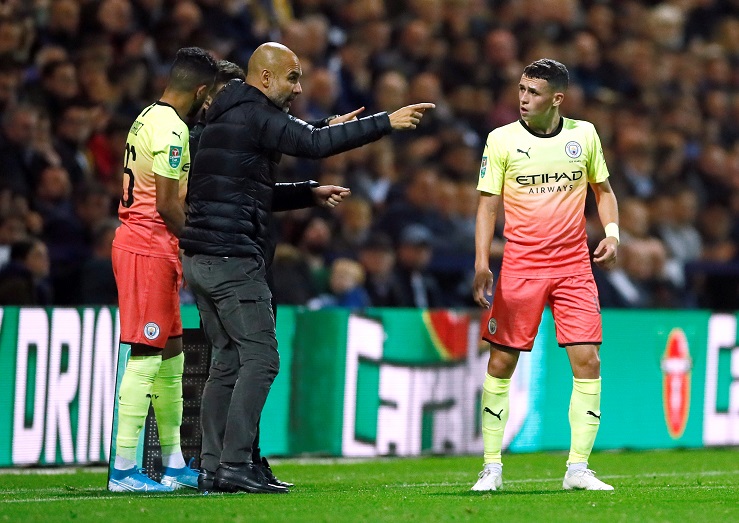 Pep Guardiola says he will hand some of his younger Manchester City players a chance to impress at Dinamo Zagreb on Wednesday.

The Premier League champions travel to Arsenal on Sunday and Guardiola is keen to ensure his key men are fit for that clash.

City will definitely be without David Silva due to a leg injury, while defender John Stones and striker Sergio Aguero are also sidelined.

Midfielder Fernandinho, who has been playing as a centre-half for some time now, is missing through suspension.

Guardiola has confirmed youngster Phil Foden will start in the absence of Silva and he hopes the 19-year-old can fill the void left by the Spanish star in the long-term as the 33-year-old will leave at the end of the season.

🗣️ "He can do it in small spaces. He is so good. He has the pace and the rhythm."

The Catalan coach said it is City’s “wish” for Foden to establish himself as a regular when Silva does leave, although he feels the playmaker can improve “in some departments” and his development is “perfect” at this stage of his career.

Spanish defender Eric Garcia could take Fernandinho’s place in defence, while midfielder Tommy Doyle and forward Ian Carlo Poveda are also likely to be involved in Croatia, although it remains to be seen if they will be handed starts or have to settle for places on the bench.

Dinamo sit third in the group and can still qualify for the knockout stages if they better Shakhtar Donetsk’s result against Atalanta, who can also qualify for the next phase if they win and City win.

The hosts have six players missing, including former Cardiff man Kevin Theophile-Catherine due to suspension.