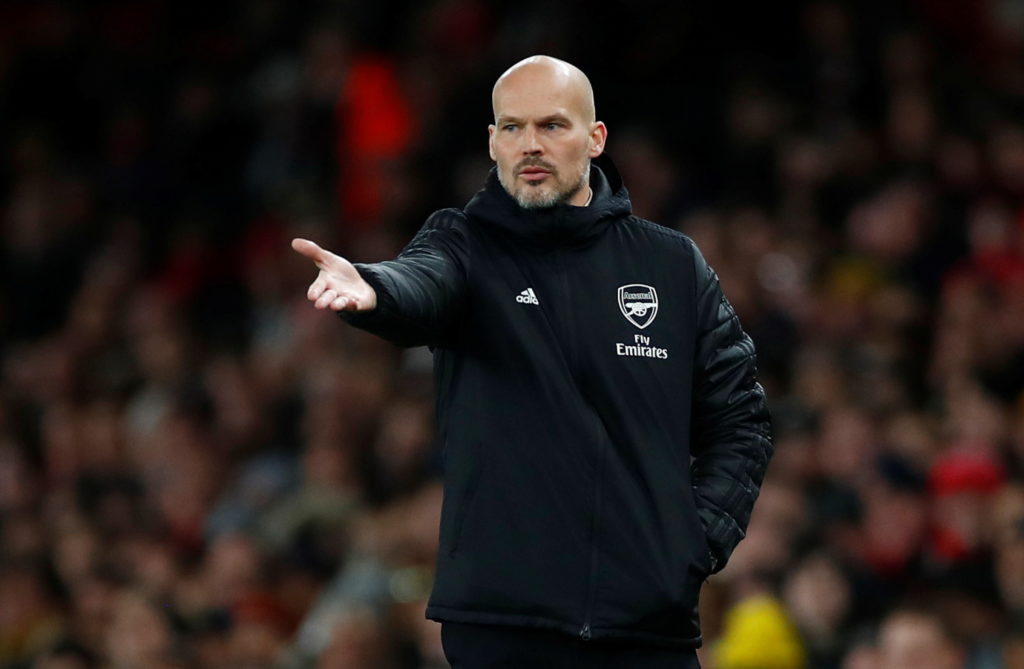 Arsenal will be looking to secure top spot in their Europa League group by claiming all three points against Standard Liege in Belgium on Thursday.

Barring a heavy defeat, Arsenal are already assured of their place in the knockout stages of Europe’s secondary competition and a victory would see them finish top of Group F.

The Gunners brought their nine-match winless run across all competitions to an end on Monday, as Freddie Ljungberg celebrated his first victory as interim boss with a 3-1 triumph at West Ham.

However, the north Londoners lost several key players during that match, including club-record signing Nicolas Pepe, who scored and provided an assist at the London Stadium, before picking up a knock to his knee.

Granit Xhaka has also been left at home due to concussion, while Kieran Tierney’s injury problems continue after it was confirmed he dislocated his shoulder against the Hammers and now faces an extended period on the sidelines.

Fellow full-back Hector Bellerin, who had to withdraw from the starting line-up on Monday due to a hamstring problem, is also set to miss out at the Stade Maurice Dufrasne, although he could return to face Manchester City in the Premier League on Sunday.

Standard currently sit third in the group, but they could still reach the knockout stages with a victory on Thursday, although they will also be relying on Eintracht Frankfurt to slip up against already eliminated Vitoria Guimaraes.

The Belgians will be without forward Anthony Limbombe, who has been ruled out with a knee injury, but former Fulham striker Orlando Sa is hoping to prove his fitness.

Noe Dussenne remains a long-term absentee, as he continues to work his way back to full fitness following a knee ligament injury.

Arsenal won the reverse meeting between the two sides at the Emirates Stadium 4-0 back in October, with a brace from Gabriel Martinelli and further strikes from Joe Willock and Dani Ceballos helping them to a routine victory.