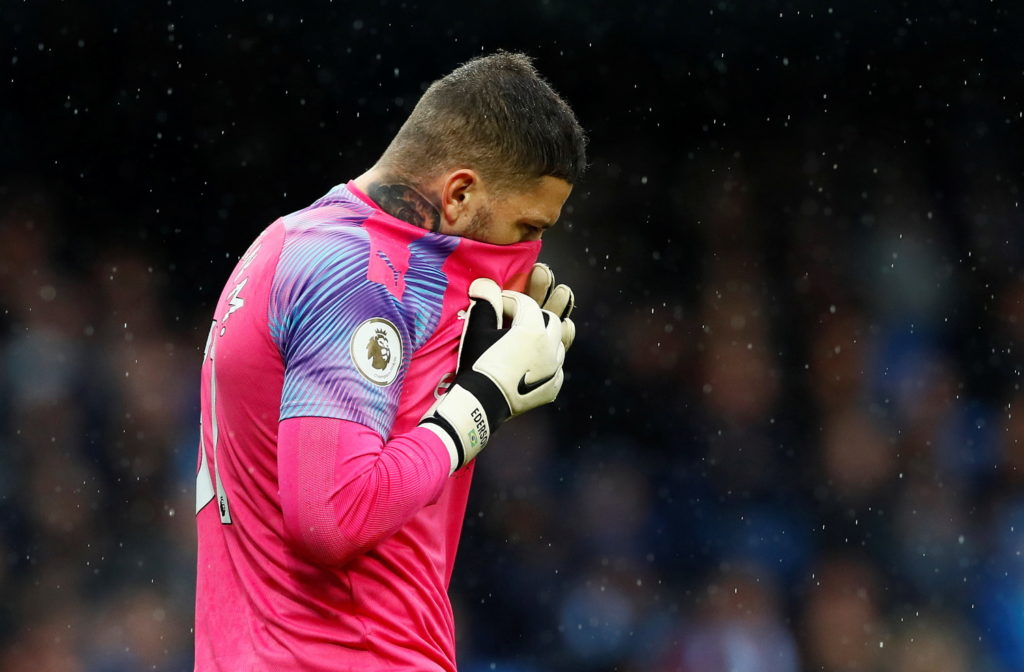 Goalkeeper Ederson is available for Manchester City for the New Year’s Day visit of Everton after suspension.

The Brazilian was shown a straight red card in the defeat to Wolves and missed the victory over Sheffield United. Red cards given for violent conduct result in a three-match ban and professional fouls are just one, so Ederson could be back in the starting XI on Wednesday with Claudio Bravo dropping to the bench.

The hosts are definitely without long-term injury victims Aymeric Laporte and Leroy Sane due to respective knee injuries. The pair are making good progress but are still some way off a return to action.

Playmaker David Silva and defender John Stones have returned to training after injury and will be assessed to determine if they can feature.

Guardiola could be tempted to rotate his squad and striker Gabriel Jesus will be hoping for a recall. City have won their last four games against Everton and Jesus has scored in each of those victories, managing five goals in total against the Toffees.

Everton boss Carlo Ancelotti remains without forward Alex Iwobi and he faces a few more weeks on the sidelines with a hamstring injury.

Morgan Schneiderlin has returned to training following a calf injury but the trip to the Etihad Stadium has come too soon for the midfielder, although he could be involved on Sunday in the FA Cup Merseyside derby at Anfield.

Andre Gomes and Jean-Philippe Gbamin are long-term absentees but Ancelotti says both are recovering well.

He said: “Gomes and Gbamin need time to recover. It’s going well, I hope they can recover soon.”

On facing Man City, he added: “I think that the moment is good for us. It’s good to have this kind of test but also against Liverpool. We have to be happy with trying to compete with the top teams in England and Europe.”