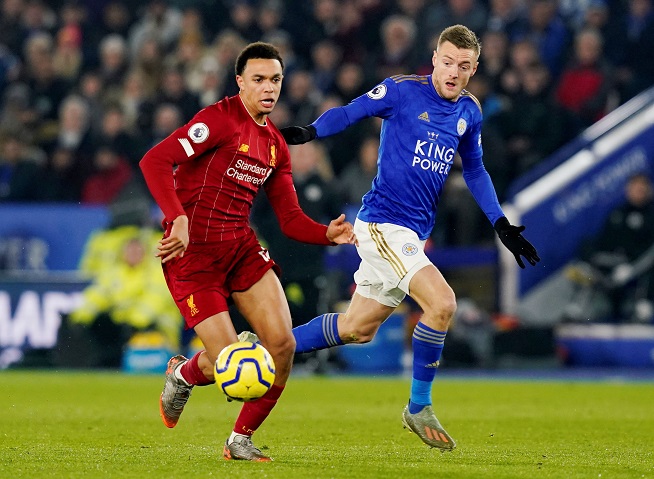 Brendan Rodgers has confirmed Jamie Vardy will play no part in Leicester’s FA Cup third-round tie at home to Wigan.

The 32-year-old has been absent from Leicester’s last two fixtures as they ran out winners away at West Ham and Newcastle, 2-1 and 3-0 respectively.

A combination of a groin injury and becoming a father once again has kept Vardy out of the first-team picture in recent games, though he is still the Premier League’s top scorer with 17 goals.

As expected, he will not be risked for the game against the Championship outfit and 2013 winners, Wigan, and Rodgers instead confirmed he will be saved for next weekend’s home clash against Southampton.

“He’s coming along very well,” the Northern Irishman told reporters. “He’s done some good work with the medical team and he’ll be back out on the [training] pitch tomorrow.

“He’s not available for the game but he’ll be training with us Sunday. Everyone [else] has been brilliant; fit, recovering and all available.”

Otherwise, Rodgers is expected to shuffle his pack with squad players set to get a full game under their belts.

The likes of Wes Morgan, Marc Albrighton, and Demarai Gray are all likely to come into the team while Danny Ward is set to replace Kasper Schmeichel for a rare appearance in goal.

Wigan arrive into the game on the back of their first away win of the season after beating Birmingham 3-2.

The Latics had to substitute defender Kal Naismith at half time due to a thigh injury and he is a doubt for the game at the King Power Stadium.

To make matters worse, Michael Jacobs came off injured on the hour mark and both players are set to miss out on Saturday.

That duo add to the Latics’ extensive injury list already with Charlie Mulgrew and Kieffer Moore on the treatment table.

However, manager Paul Cook has been given a boost with the news that Danny Fox could return to the fold.