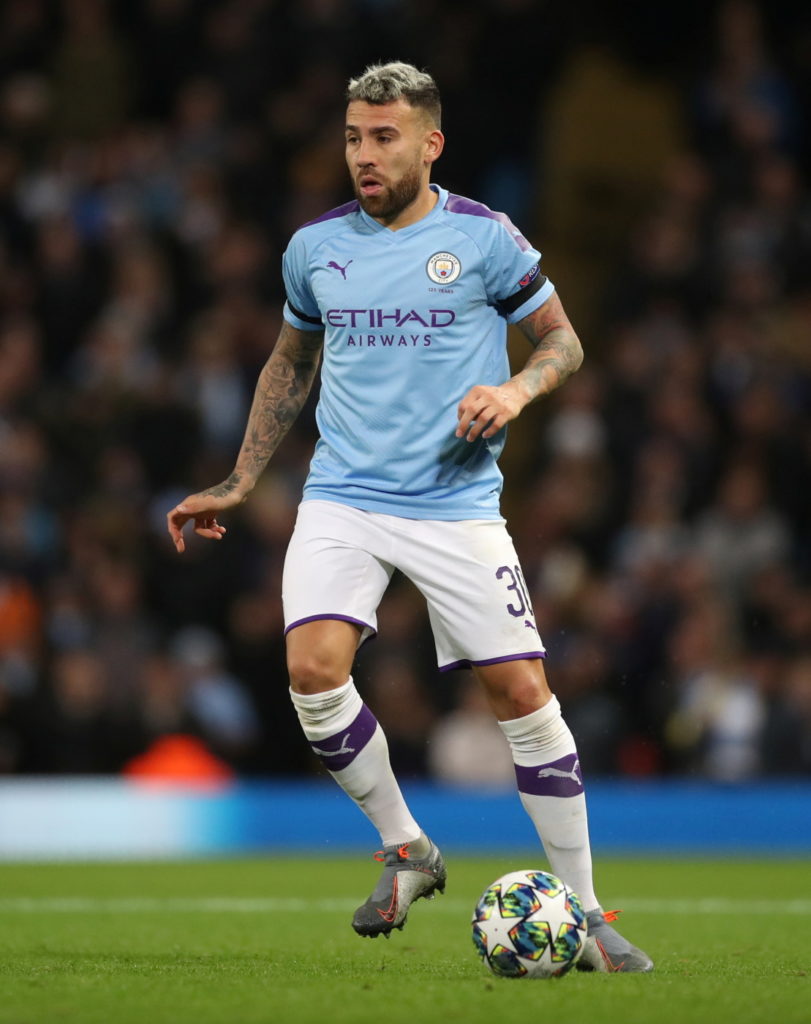 Manchester City will be without Nicolas Otamendi for Saturday's FA Cup third-round clash with League Two Port Vale at the Etihad Stadium.

Argentine defender Otamendi missed City’s Premier League victory over Everton on New Year’s Day with an unspecified injury and Guardiola has confirmed that Saturday’s cup clash will also come too soon for the 31-year-old.

However, the news is more positive for goalkeeper Ederson, who missed out against the Toffees due to illness, as he has since returned to training, although there are no guarantees the Brazilian will feature on Saturday as Guardiola is likely to ring the changes.

PEP 💬 Of course (I would like @fernandinho to stay). I am confident and delighted about our three and a half years together. https://t.co/esSefOdZiX

Unfortunately for fourth-tier Vale, that could still mean the likes of Sergio Aguero and Raheem Sterling being included in the starting XI, as they were both on the bench against Everton.

Youngster Taylor Harwood-Bellis is expected to come into the heart of the defence to partner fellow teenager Eric Garcia, while academy products Tommy Doyle and Adrian Bernabe will also be hoping to feature.

Guardiola is certainly excited by the prospect of welcoming the Valiants to the Etihad.

“They will be more than welcome… it’s nice,” Guardiola told reporters. “That’s why this country is the best. All the competitions and all the leagues, they support their own clubs.

“This afternoon I will see more games of them. Then we will decide how we play.”

Port Vale currently sit 10th in the League Two standings, just four points off the playoff positions and they saw off MK Dons and Cheltenham to reach round three.

Boss John Askey must decide whether to stick with the same side that started the New Year’s Day draw with Macclesfield or whether to recall the likes of Tom Pope, Will Atkinson and Rhys Browne, who all came off the bench during that match.