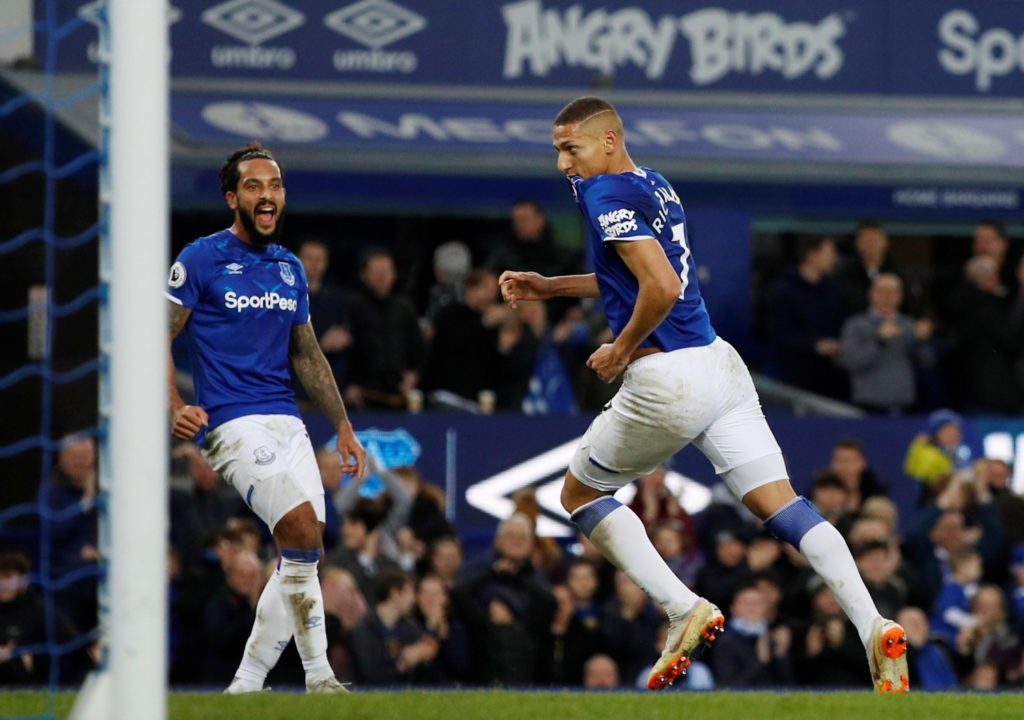 Everton will be missing forward Richarlison for the visit of Newcastle on Tuesday night as he continues to struggle with a knee injury.

The Brazilian was absent for the weekend draw at West Ham, and Toffees boss Carlo Ancelotti says he will not figure against the Magpies either.

Elsehwere, Gylfi Sigurdsson will once again miss out with a groin complaint, while fellow midfielder Alex Iwobi will not be risked.

The former Arsenal star is nearing a return but Everton are reluctant to take a risk on the Nigerian, whose thigh problem has kept him sidelined for the last six matches.

Ancelotti will make a late decision on Michael Keane, who has been included in the squad following a neck injury but reported feeling uncomfortable in training on Monday.

Newcastle’s Jetro Willems is out of the game at Goodison Park as he faces up to missing the rest of the season through injury.

The 25-year-old, who is on loan at St James’ Park from Eintracht Frankfurt, ruptured his anterior cruciate ligament during Saturday night’s 1-0 win over Chelsea, and he has been joined on the long-term casualty list by fellow defender Paul Dummett, who may need surgery to repair a tendon.

🤕 | "Richarlison trained today but he still has pain so is not available for tomorrow. He's doing well but we don't want to take a risk."

Sigurdsson also ruled out. Late call to be made on Keane. #EVENEW

Defenders Jamaal Lascelles and Matt Ritchie, midfielder Jonjo Shelvey and striker Allan Saint-Maximin all came through the weekend victory unscathed on their return from injury.

However, wing-back DeAndre Yedlin (knee), midfielder Ki Sung-yueng (knock) and frontmen Andy Carroll (hip) and Yoshinori Muto (knock) continue to fight their way back to fitness and Javier Manquillo and Dwight Gayle (both hamstring) are still out.

Newcastle are attempting to sign new players but none have arrived in time for the Goodison showdown.

Both sides are locked together in mid-table on 29 points, with a better goal difference putting the Toffees in 11th, one place above the Magpies.