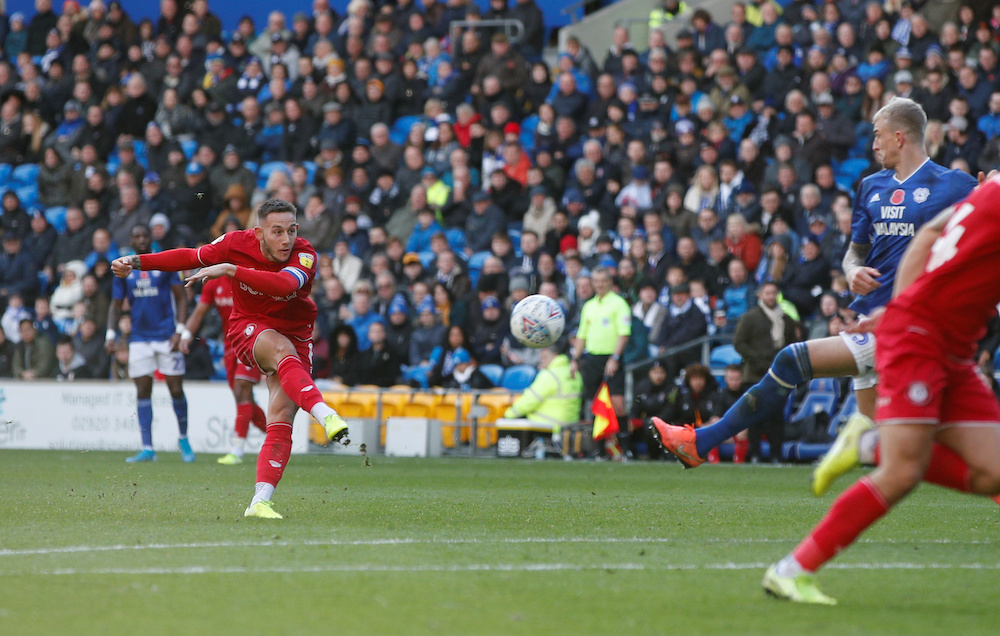 New arrival Josh Brownhill looks set to start on the bench for Burnley when they play host to Arsenal at Turf Moor on Sunday.

The Clarets completed a permanent deal for 24-year-old midfielder Brownhill on Thursday but at his pre-match press conference, boss Sean Dyche ruled out the possibility of him being thrown straight into the starting XI.

Although Brownhill has featured regularly for his former club Bristol City this season, Dyche says he’ll be put through his paces on Saturday, hinting he’ll have to settle as being one of the substitutes for the visit of the Gunners.

Brownhill is the only January addition Burnley have made to their squad and Dyche played down the chances of there being any other new faces in the squad come the weekend, claiming the Turf Moor outfit were unlikely to do any deadline-day business.

Dyche is likely to revert to his strongest XI having made numerous changes for the 2-1 FA Cup loss to Norwich City last week and says he has no fresh injury concerns.

Johan Berg Gudmundsson (hamstring) and Ashley Barnes (hernia) remain unavailable but could be back after Burnley’s winter break.

The Clarets have won their last two Premier League matches, beating Leicester and Manchester United to move clear of relegation trouble and are now level on 30 points with this weekend’s opponents.

They’ll hope to claim another big-name scalp against Arsenal but have a dreadful recent record, losing the last 10 meetings with the Gunners.

The north London outfit head to Lancashire on the back of a six-game unbeaten run and head coach Mikel Arteta has been able to add to his squad this week.

Central defender Pablo Mari and right-back Cedric Soares have moved on loan to the Emirates Stadium to improve Arteta’s options at the back.

Both Soares and Mari look set to travel north with the rest of the squad this weekend but may have to settle for spots on the bench.

Arteta has been boosted by the news that both Sead Kolasinac and Shkodran Mustafi could be available for the game, should they pass late fitness tests. There were concerns Mustafi had sustained a serious ankle injury in the 2-1 FA Cup win at Bournemouth on Monday but he has managed to train this week.

Pierre-Emerick Aubameyang and David Luiz could return to the starting XI after serving their respective suspensions, while Reiss Nelson, Kieran Tierney and Calum Chambers are all absent through injury.