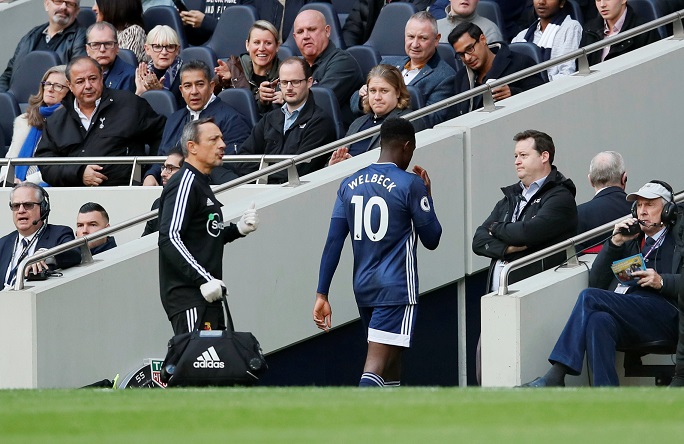 Watford have been handed a major boost in their scrap for Premier League survival with the return of Danny Welbeck from injury.

The former Manchester United and Arsenal forward has been sidelined for more than three months with a hamstring problem, but he will be in Nigel Pearson’s squad for Watford’s home clash against Everton at Vicarage Road on Saturday.

Welbeck’s comeback will be welcome news to Pearson as he bids to ensure Watford’s top-flight status.

“I would expect Danny Welbeck to be ready to play some part by the time we get to the Everton game.”

The Hornets have slipped back into the relegation places following a late defeat at Aston Villa, while they were knocked out of the FA Cup by League One Tranmere in their last outing.

“Danny is a really good player and a big character in our dressing room,” said Pearson. “His return gives us another option. “His track record is excellent and he has had a great career. He is the type of player that really wants to be back in the fray.”

Welbeck, 29, who signed for Watford on a free transfer last summer after he was released by Arsenal, returned to training at the beginning of the month.

But despite Watford’s precarious league position, Pearson resisted the urge to rush the injury-prone forward back into action.

Ismaila Sarr (leg) and Kiko Femenia (hamstring) remain sidelined for the Hornets. Tom Cleverley is back in training, but the game against Everton will come too soon for the midfielder.

Meanwhile, Everton have been handed a big boost with the news Richarlison, Gylfi Sigurdsson, and Alex Iwobi are all back fit and could be called upon by coach Carlo Ancelotti.

The Italian says he is now faced with a selection dilemma at Vicarage Road, after all three players returned to training ahead of the game.

Watford head into the game in need of a positive result after slipping back into the bottom three, while the Toffees sit in relative safety in mid-table.