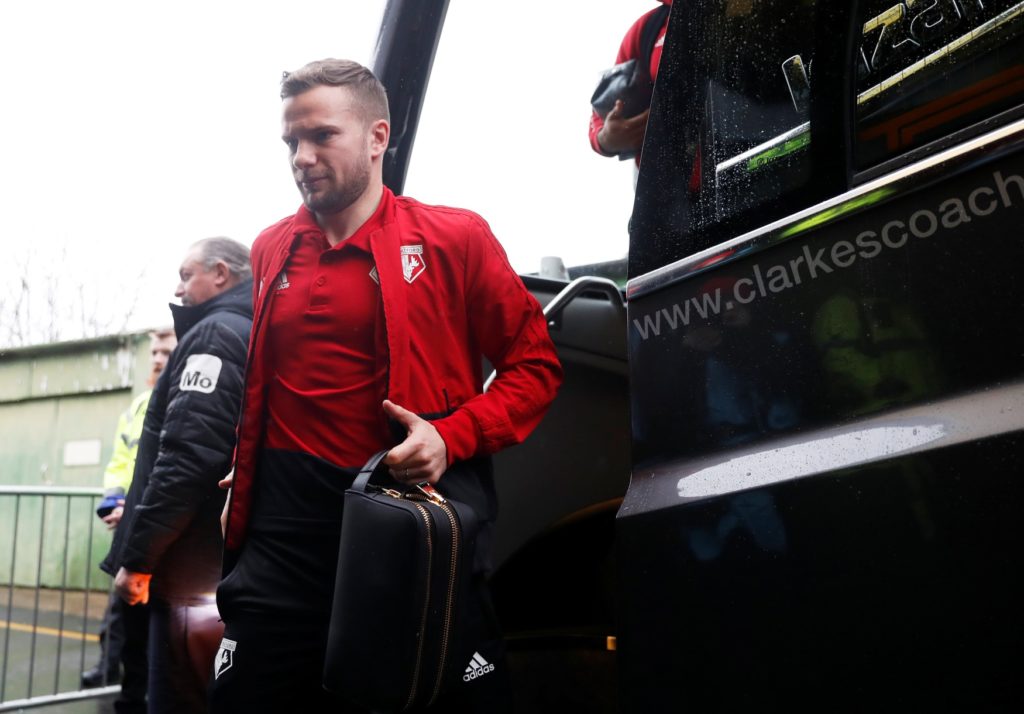 Watford have been handed a boost in their battle for Premier League survival with the news Tom Cleverley could make his return from injury against Brighton.

The former Manchester United and Everton midfielder, 30, has been sidelined for more than 100 days after limping out of Watford’s goalless draw against Bournemouth in October.

However, Cleverley is in line to make his comeback in the Hornets’ crunch clash at Brighton on Saturday evening.

Danny Welbeck returned from injury in Watford’s 3-2 defeat at home to Everton last weekend and is set to feature in the matchday once again against the Seagulls at the Amex Stadium.

Manager Nigel Pearson, however, will exercise caution over winger Ismaila Sarr, who has not been involved since sustaining a hamstring injury against Tottenham three weeks ago.

“Tom Cleverley has trained with us continually now so he is in contention for Brighton,” said Pearson. “We will assess Sarr tomorrow and make a decision on that. It is always a danger to put players at risk with soft-tissue injuries. With sprinters, and Ismaila is certainly a sprinter, there is more danger.

“With any injury like that you have to calculate the risk and decide whether the risk is worth taking. We have got 13 games left so it is prudent to make sure that when players like that are back, they stay back.”

Since taking the job two months ago, Pearson has overseen a resurgence to give Watford a realistic chance of staying in the top flight, with the club having endured a dismal start to the campaign prior to his arrival.

A strong run of results temporarily lifted Watford out of the drop zone, but back-to-back defeats against Aston Villa and Everton leaves them 19th in the standings, two points from safety.

Meanwhile, hosts Brighton are three points ahead of Pearson’s side in 15th in the Premier League table.

Manager Graham Potter is unable to call upon the services of defender Dan Burn and forward Jose Izquierdo while centre-back Shane Duffy is a doubt for the arrival of the Hornets this weekend.

Brighton could do with a bit more cutting edge at the top end of the field and a return for Izquierdo to fitness and form would be ideal as the Seagulls have the fifth-worst attacking record in the league this season.