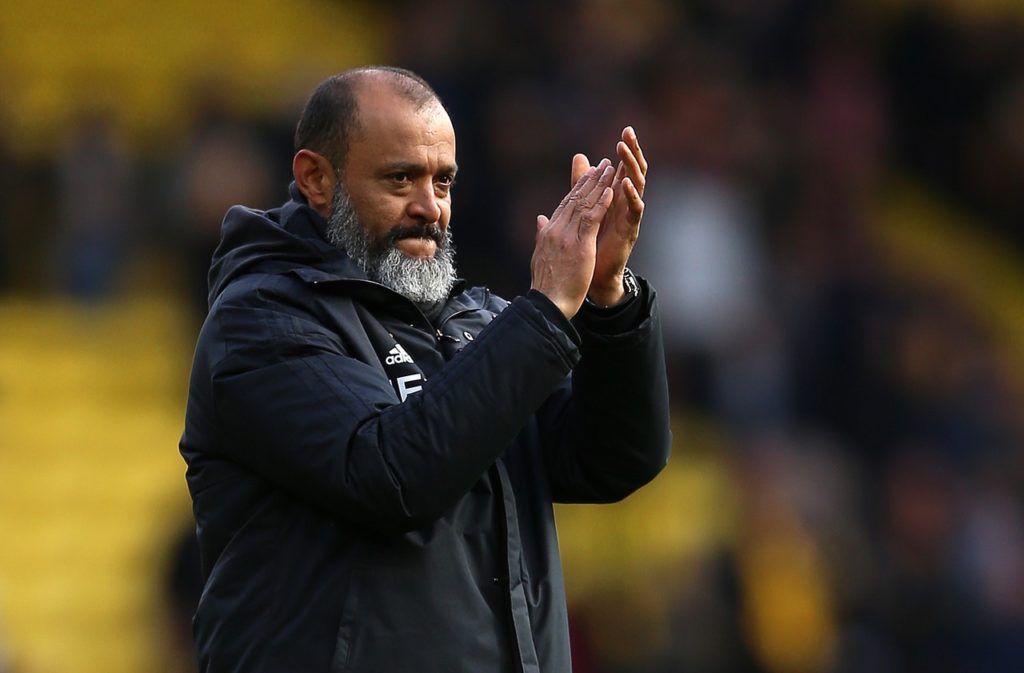 Wolves, who were runners-up in the competition in 1972 when it was known as the UEFA Cup, will be confident of picking up the win against an Espanyol side that are rock-bottom in La Liga.

The Premier League outfit head into the game on the back of consecutive 0-0 draws, having been held by Manchester United and Leicester City, although they have only won one of their last six home matches in all competitions.

However, in a run stretching back to October 1973, Wolves have won nine of their last 10 games at Molineux in all European competitions – losing only against Braga on matchday one this season.

Mexico international Raul Jimenez has been integral to Wolves this term and, including qualifiers, he has been involved in 12 goals in his 11 Europa League games – scoring nine and assisting three.

Nuno has no new injury worries heading into the tie, with left wing-back Ruben Vinagre still sidelined with a hamstring problem he suffered in the FA Cup defeat by Manchester United on January 15.

It has been chalk and cheese for Espanyol in their domestic and European fortunes this season, with the Spanish outfit topping their Europa League group but sitting bottom in La Liga.

Blanquiazules are onto their third head coach of the season in Abelardo, but there has been signs of recovery over recent weeks with one win and two draws recorded from the last four top-flight matches.

History does appear to be on the side of Espanyol, who reach the final of the UEFA Cup in the 2006-07 season the last time they were in the knockout stages of a major European competition.

With January addition Raul De Tomas failing to shake off an adductor issue, Jonathan Calleri or Wu Lei are expected to be named down the middle of the attack for the visitors, while fellow new arrivals Leandro Cabrera and Adri Embarba are in line to start.