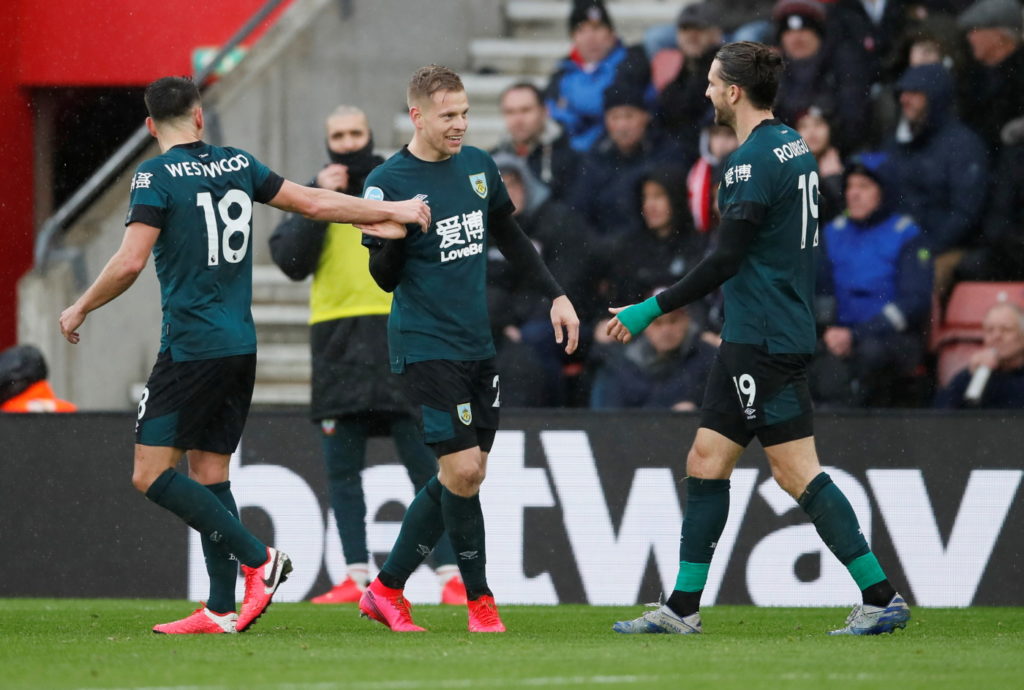 Burnley will be looking to maintain their impressive recent run when they welcome struggling Bournemouth to Turf Moor in the Premier League on Saturday.

The Clarets have propelled themselves into European contention after picking up 10 points from their last four games and will fancy their chances of extending that run further given they have won each of their last three meetings with Bournemouth, including a 1-0 triumph at the Vitality Stadium in December.

Boss Sean Dyche will hope to have leading scorer Chris Wood available after he limped out of last week’s victory at Southampton with a hamstring injury the club are continuing to assess.

Matej Vydra replaced the New Zealand international at St Mary’s and went on to score the winner in that match – his first Premier League goal since netting against Bournemouth in September 2018.

Boss Sean Dyche believes the Czech forward is more than capable of filling in for Wood again if required on Saturday.

Fellow forward Ashley Barnes remains unavailable due to a hernia problem, while Matt Lowton is also sidelined although Johann Berg Gudmundsson is back in contention for the first time in seven weeks following a knee issue.

Bournemouth head into the weekend sitting just two points and two places above the relegation zone, having lost each of their last four games on the road.

🗣️ “Whenever you go to Turf Moor, you know it is a difficult match”

Boss Eddie Howe will be able to welcome midfielder Jefferson Lerma back into the fold following suspension, while David Brooks, Lloyd Kelly and Arnaut Danjuma are all nearing returns but won’t be ready this week.

The Cherries have only ever won once at Turf Moor – a 2-1 success in 2018 when Callum Wilson scored a 90th-minute winner.