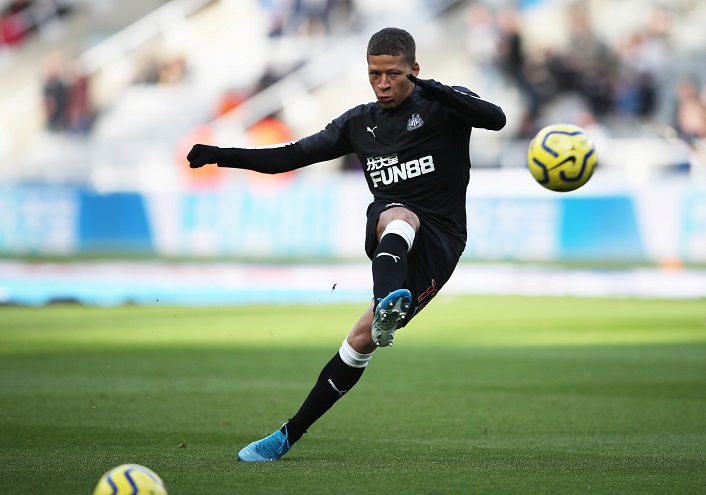 Newcastle forwards Yoshinori Muto and Dwight Gayle have both recovered from injury and could return at Crystal Palace on Saturday.

Muto and Gayle have both been out since early January but boss Steve Bruce confirmed in the build-up to the Selhurst Park clash that they have trained well this week.

Last time out against the Eagles… 😍🇵🇾 #NUFC pic.twitter.com/hqZqvKlPp9

Joelinton has a minor thigh strain but Bruce expects the £40million man to be fit, although Christian Atsu is ill and Ciaran Clark, Jonjo Shelvey, Emil Krafth and Andy Carroll are all still out injured.

Bruce is pleased his recent injury woes appear to be easing gradually as he looked forward to the game.

He told his press conference: “I think it’s the first time we’ve had 18 or 19 players training for weeks – we’ve had the academy players up. It’s a welcome boost for everybody.”

Meanwhile, Palace boss Roy Hodgson revealed in his pre-match press conference that defender James Tomkins had picked up an unspecified injury, meaning he is out, while Jeffrey Schlupp and Mamadou Sakho are both also still absent.

The Eagles manager said there had been sickness in the camp this week so some other unnamed members of his squad would be given late fitness tests.

Cenk Tosun, though, is available again after he missed the previous game at Everton as it was against his parent club.

Just a point and a place separate the two sides before kick-off with Palace below the Magpies in 14th, six points clear of the relegation zone.