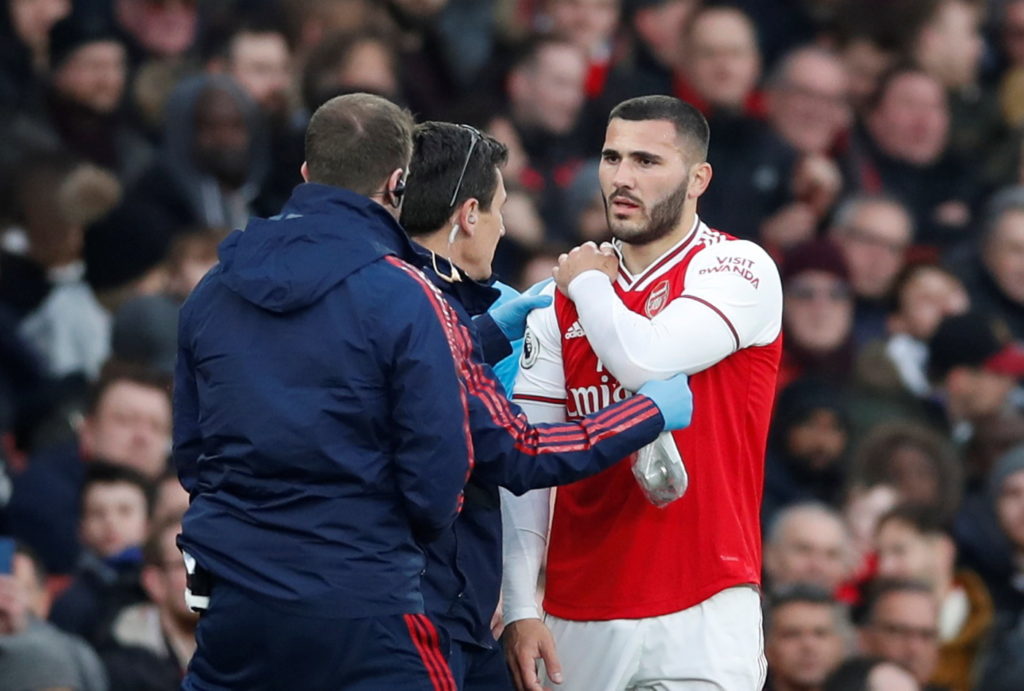 Sead Kolasinac is out of Arsenal's Europa League last-32, second-leg clash against Olympiakos after suffering a "significant" shoulder injury against Everton.

The Bosnia international defender was forced off after just 18 minutes of the thrilling 3-2 Premier League win at the Emirates Stadium last Sunday.

Boss Mikel Arteta has revealed the initial prognosis is not positive for the 26-year-old, who could require surgery if the shoulder is dislocated, although the Spaniard is hopeful of having him back before the end of the season.

It means Kolasinac will not be involved against the Greeks on Thursday as the Gunners look to protect a slender 1-0 first-leg advantage, handed to them via Alexandre Lacazette’s late winner seven days ago.

Bukayo Saka replaced Kolasinac in Sunday’s win over Everton and the 18-year-old is expected to start in the backline against Olympiakos.

Arsenal are unbeaten in 10 matches across all competitions and Arteta says he will pick a team based on what he sees in training sessions, as opposed to prioritising any particular competition.

“We have three different routes to Europe. We have to try to maximise the three of them and we go game by game,” he said.

“That’s all we can do at the moment because the objectives are still so far behind.”

Full-backs Kieran Tierney and Cedric Soares will again miss out although the pair are expected to return to training by the end of the month.

Olympiakos, who defeated reigning Greek champions PAOK 1-0 at the weekend, will be without Ruben Semedo because of suspension, while Hilal Soudani is sidelined with a long-term injury.

They were beaten by Tottenham on their last visit to north London but manager Pedro Martins says his side “will give our all” to qualify.