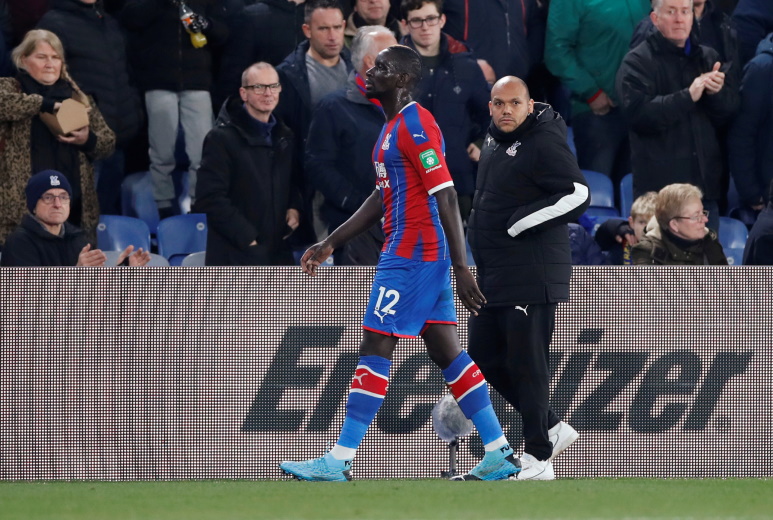 Crystal Palace are without Cenk Tosun against Watford on Saturday after he returned to Everton due to a serious knee injury but Mamadou Sakho could return.

Tosun suffered a cruciate ligament injury in training and has been ruled out for the rest of the campaign in what boss Roy Hodgson described as a “massive and cruel blow” to his options up front.

Christian Benteke is set to lead the line again for the Eagles with Jordan Ayew and Wilfried Zaha offering support in the final third.

However, there is better news elsewhere as centre-back Sakho could return for the home clash after playing for the reserves this week in his comeback from a thigh problem, while Jeffrey Schlupp has also trained fully in the build-up to the game.

James Tomkins is back in light training but the Hornets clash is set to come too soon for the defender.

Watford will be without winger Gerard Deulofeu after he ruptured knee ligaments in last Saturday’s superb 3-0 win over Liverpool.

Defender Daryl Janmaat is also still out with a knee injury but boss Nigel Pearson has no fresh problems as the Hornets look to build on that fantastic victory over the Premier League leaders last weekend.

Pearson said he expects a stiff test at Selhurst Park as he looks for more points in the survival fight. He said: “We know it’s going to be a very tough game for us.

“The reality is that you are not going to be at your best every week, but providing I see the right effort and commitment, I think we have got a really good chance of staying up.”

Pearson wants to see another 🔝 performance at Selhurst Park 💪

“The corresponding game [in December] was goalless but both sides tried to win it. It wasn’t a boring game of chess. It was two committed sides who nullified each other. It will be a tough game, for sure.”

Palace are up to 12th in the table after successive 1-0 wins, while Watford are 17th, level on points with both West Ham directly above them and Bournemouth one place below.