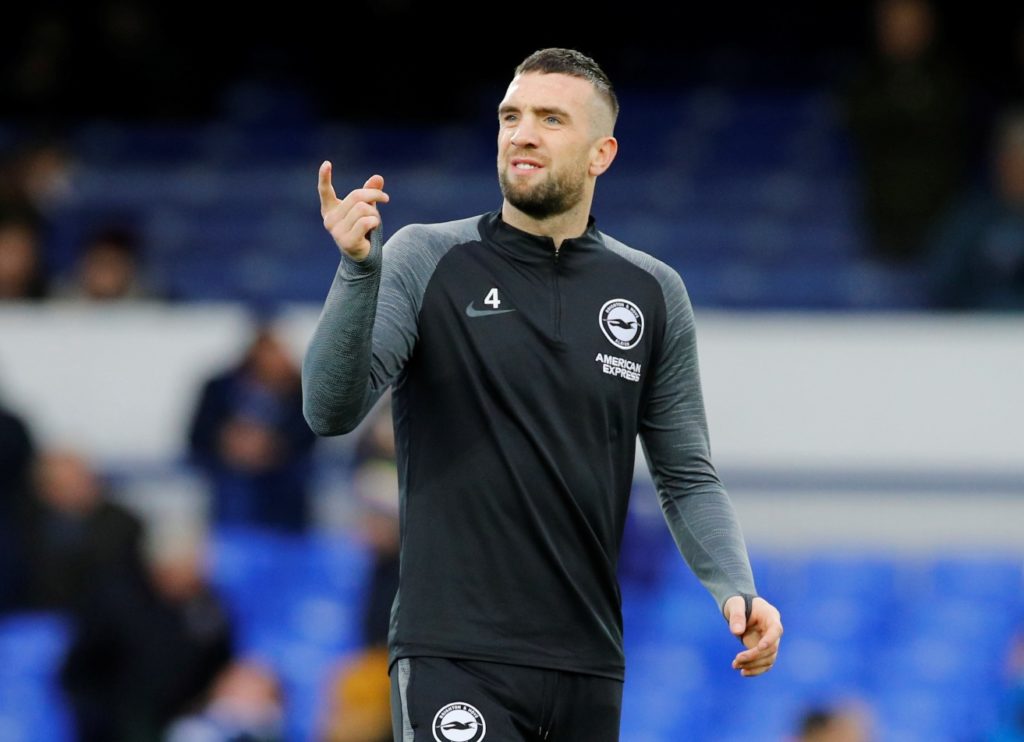 Brighton have defender Shane Duffy available for Saturday's game with Wolves after he missed the defeat against Crystal Palace last weekend for family reasons.

Duffy is expected to go straight back into Graham Potter’s side as the Seagulls look to arrest an alarming run of form that has seen them slip to 15th in the table, just a point clear of the bottom three, having gone eight games without a win.

Adam Webster filled in at centre-back in Duffy’s absence but is likely to make way on Saturday.

Midfielder Dale Stephens, who has not featured since February 1, is available after recovering from a groin injury but Jose Izquierdo remains on the long-term absentee list with a knee injury.

Alireza Jahanbakhsh, Glenn Murray and Steven Alzate came off the bench in the 1-0 home defeat to Crystal Palace last time out and are all pushing for starts as Potter thinks about making changes.

The Albion boss admits his side need to get back to winning ways as soon as possible as he prepares to meet the survival challenge head-on.

He said: “You can’t predict the future in this sport. Togetherness is important, I have full confidence the lads will keep giving everything they can.

“I have been through a lot in life both inside and outside of football – it isn’t always an upward journey. We have a wonderful challenge ahead of us now.”

Meanwhile, Wolves winger Adama Traore could feature for the home side despite suffering a dislocated shoulder in the win at Tottenham last weekend.

Jonny Otto and Morgan Gibbs-White have both been ruled out through injury for Nuno Espirito’s side, who are sixth in the table, three points behind fourth-placed Chelsea.

Wolves are unbeaten in four league games, winning the last two, and have designs on forcing their way into contention for the Champions League places in the final few months of the season.