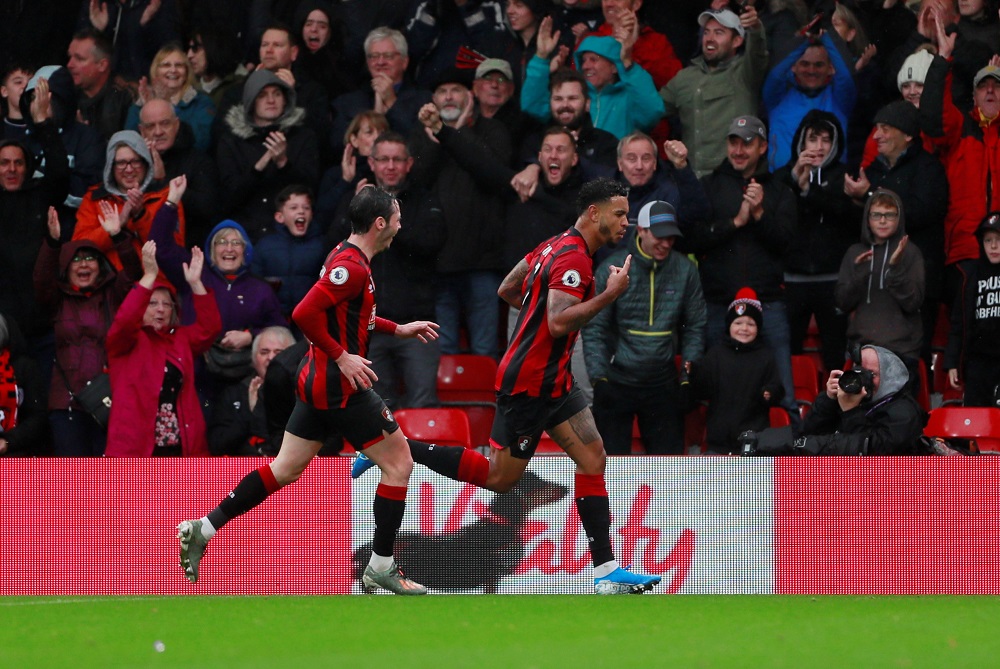 Striker Joshua King scored the only goal of the game as Bournemouth edged to a 1-0 Premier League victory at home to Manchester United.

Cherries head coach Eddie Howe handed a recall to loan midfielder Harry Wilson, with Arnaut Groeneveld dropping to the bench in the one change to the side who drew 0-0 with Watford last time out.

And it was the visitors who started the brighter, with Daniel James causing problems with his pace down the right flank.

Red Devils midfielder Andreas Pereira shot over seven minutes in and soon after fellow Brazilian Fred also failed to hit the target when he scuffed his effort well wide of target.

James was in the action once again with just over 20 minutes played as his shot flashed just wide after a Pereira free-kick had only been half-cleared.

The home side finally responded as Ryan Fraser saw a shot on target fly straight at goalkeeper David de Gea when he might have done better.

And the hosts were rewarded for their improvement right on the stroke of half-time as King took the ball down on his chest, shrugged off a weak defensive challenge and volleyed home past De Gea to give the Cherries a 1-0 lead.

Early in the second half, Fraser fired a volley straight at De Gea, while at the other end home keeper Aaron Ramsdale was troubled by a Pereira effort that he managed to turn away for a corner.

With 25 minutes to play, Pereira was withdrawn to make way for Jesse Lingard as the Red Devils started to up the pressure as they went in search of an equaliser.

However, Wilson almost added a second goal for the hosts with 15 minutes to play, with De Gea making a fine save to keep out a low shot heading for the bottom corner of the net.

Late on, another United substitute, Mason Greenwood, saw his volley smack against an upright as the Cherries eventually held out to claim all three points.