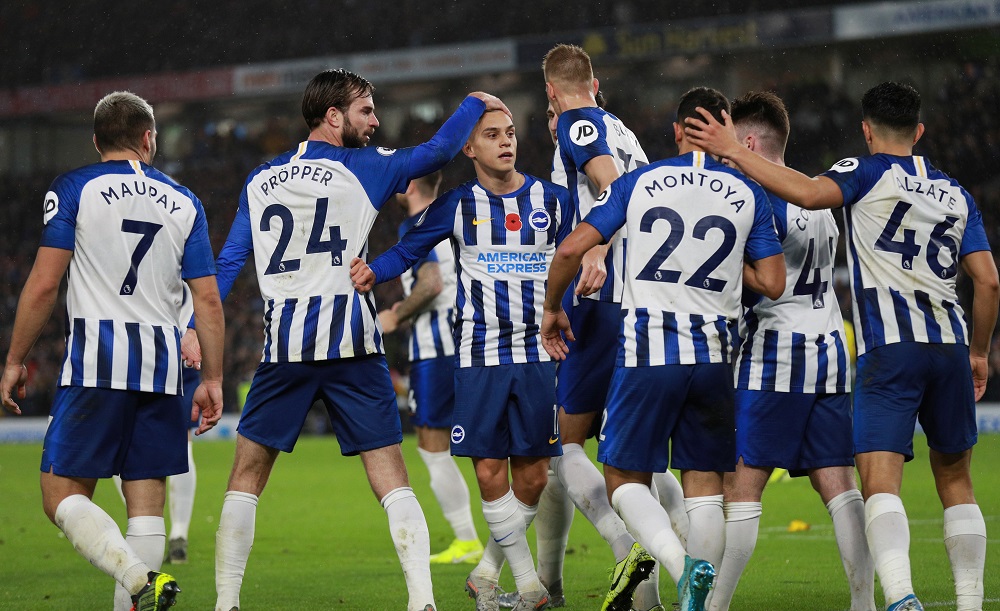 Substitute Leandro Trossard scored one goal and set up the other as Brighton secured a 2-0 victory at home to struggling Norwich City.

Seagulls head coach Graham Potter stuck with the same starting XI who began the 3-2 victory over Everton last week, with Aaron Mooy on the bench following a one-match suspension.

The visitors made two changes to the side beaten 3-1 by Manchester United, with Onel Hernandez and Marco Stiepermann replacing Todd Cantwell and Moritz Leitner.

City responded with the returning Stiepermann being unlucky to see a curling effort from just outside the area strike the crossbar with home keeper Mat Ryan well beaten.

Visiting goalkeeper Tim Krul then did well to keep out a low shot from Steven Alzate, who soon after saw his deflected effort fly narrowly wide of an upright.

The hosts suffered a blow with half-time just around the corner as central defender Adam Webster went down injured and had to be replaced by Shane Duffy, while a frantic goalmouth scramble brought the first half to a close.

The second half got off to a slow start in difficult rainy and windy conditions, while on the hour mark the hosts brought on Trossard to replace Pascal Gross.

And the change paid off handsomely 22 minutes from time as the Belgian midfielder arrived at the near post to turn a Martin Montoya cross past the stranded Krul to give the hosts the lead.

Six minutes from time it was game over as Duffy was on hand to convert from a Trossard free-kick to make the score 2-0 and allow the home fans to enjoy the final few minutes of the game.