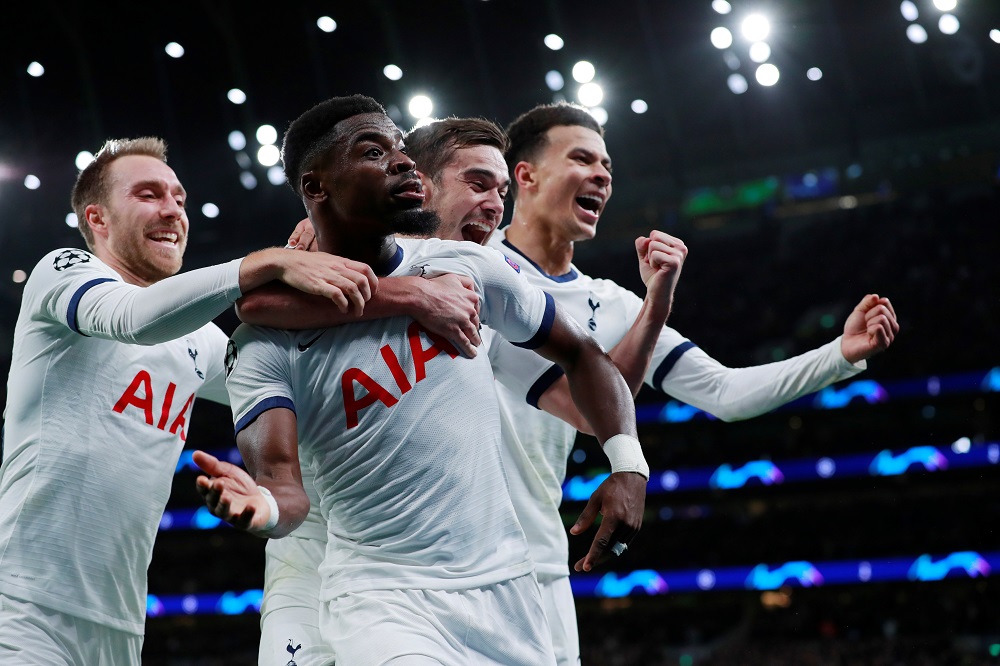 Tottenham Hotspur fought back from two goals down to defeat Olympiakos 4-2 and book their place in the last-16 of the Champions League.

Jose Mourinho was forced to make one alteration to the team that defeated West Ham 3-2 in his first game in charge of the club, with Danny Rose replacing the injured Ben Davies at left-back.

Jan Vertonghen and Tanguy Ndombele both returned after injury, but had to make do with places on the bench.

Giorgos Masouras tested home keeper Paulo Gazzaniga with an early effort and soon after the visitors hit the front as Youssef El-Arabi picked up the ball 25 yards from goal and his low, left-foot shot found the bottom corner of the net.

Spurs responded with Son Heung-min forcing a fine save from goalkeeper Jose Sa, after the South Korean flicked a Harry Winks free-kick goalwards.

However, it was 2-0 to the Greek side with 19 minutes played, as Ruben Semedo netted from close range after the home defence failed to deal with a Guilherme corner which was flicked on by Daniel Podence.

The concessions prompted an early change by Mourinho, who brought off Eric Dier and replaced him with Christian Eriksen.

And in stoppage time the hosts halved the deficit as Dele Alli capitalised on a dreadful defensive error by Yassine Meriah to finish with ease.

Early in the second half Davinson Sanchez headed over when he should have done better, but Spurs were level soon after.

Lucas Moura played the ball into the area and skipper Harry Kane made no mistake to bury an effort which gave Jose Sa no chance.

An Eriksen free-kick flew narrowly wide as Spurs pushed to complete the turnaround and they did so 17 minutes from time as Serge Aurier got on the scoresheet.

The full-back was picked out superbly by Alli, whose cross to the far post was expertly powered home by the Ivory Coast international.

Four minutes later the hosts were home and dry as Kane was picked out by Eriksen’s free-kick and his header nestled in the bottom corner of the net.