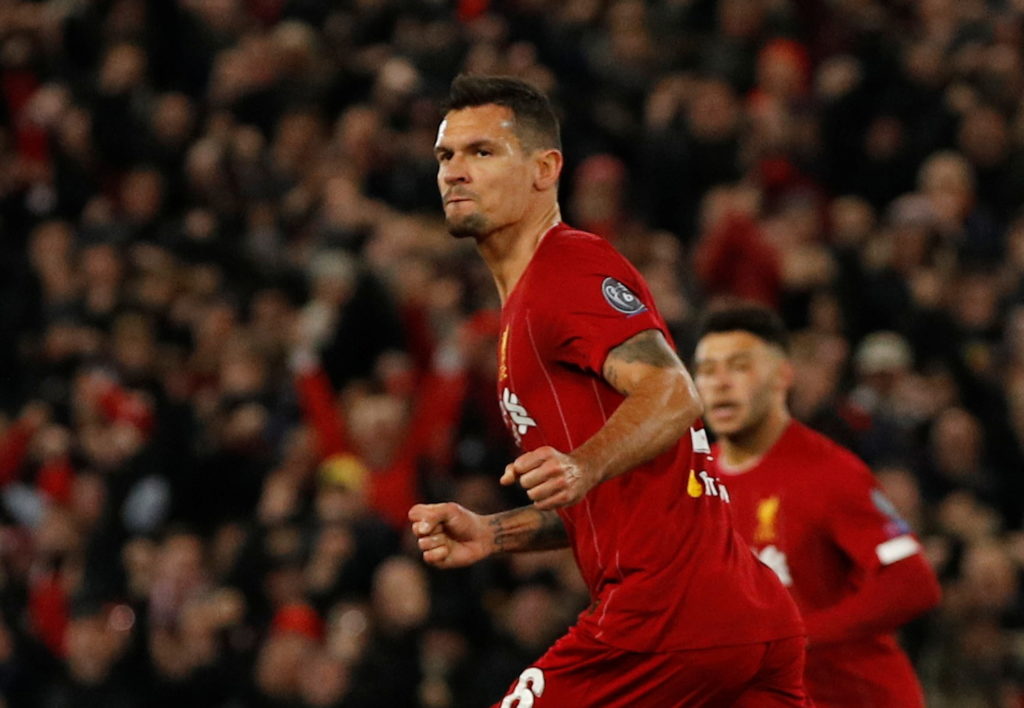 Liverpool were held to a frustrating 1-1 draw against Napoli in an attritional Champions League encounter at Anfield on Wednesday evening.

The Reds rung the changes with Jurgen Klopp selecting James Milner and Joe Gomez in his side but the big news was the inclusion of Mohamed Salah following doubts regarding an ankle issue.

Against a Napoli team bereft of talisman Lorenzo Insigne, they were expected to struggle but it was the Partenopei who looked the more dangerous in the early stages, with Dries Mertens and Hirving Lozano sharp on the break.

Liverpool were also hit by an early blow when Fabinho limped off after being caught in a collision in midfield.

Things soon got worse for the hosts when Dries Mertens opened the scoring after 21 minutes, beating the offside trap before firing in across Alisson.

Virgil van Dijk took a knock in the build-up to the goal and his frustration after the incident was reflected by his team, who struggled to build any momentum as they went in at the break 1-0 down.

The worry for Napoli was that they were dropping with every minute that went by from the start of the second-half and goalkeeper Alex Meret was starting to look nervous, spilling a couple of crosses with his defenders on his toes.

Liverpool grabbed an equaliser after 61 minutes and there was a more of a whiff of controversy about it.

After being the victim of a push at set-piece on Saturday when a goal was ruled out, Dejan Lovren again got the rub of the green heading home despite appearing to push Mertens.

The VAR checked the incident but referee Carlos Del Cerro Grande’s decision stood and the teams were level.

Anfield was imploring Liverpool to get the decisive goal but Jurgen Klopp’s side lacked any incisiveness, struggling to break down a stubborn back-line.

With chances few and far between, a point was a fair result and the pair, along with Salzburg, can still qualify from Group E.