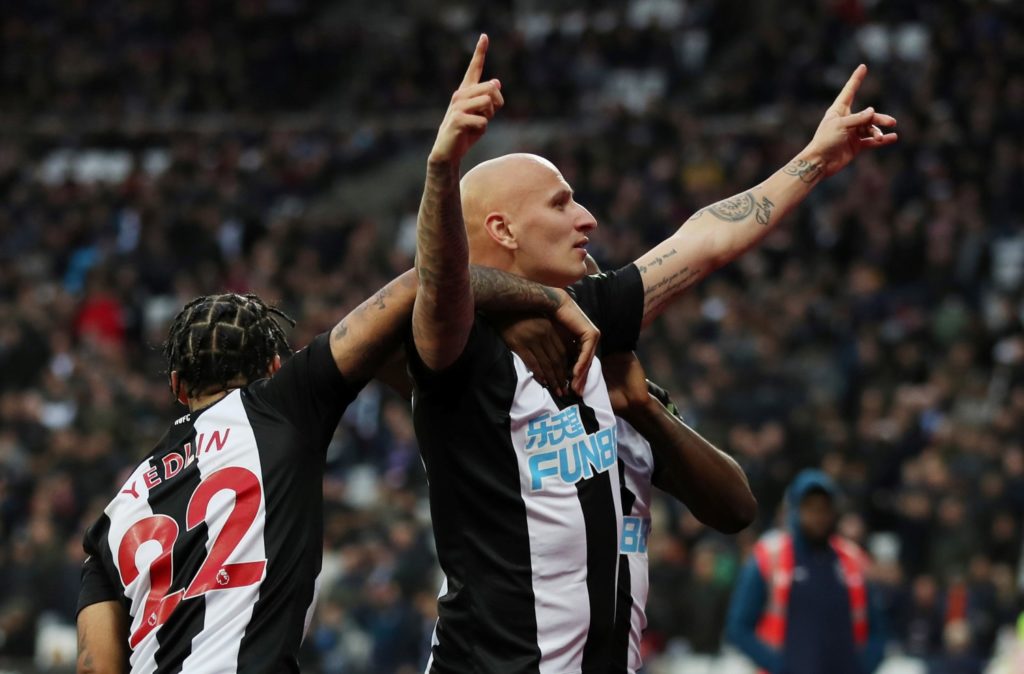 It was another disappointing result for Pep Guardiola’s team on Tyneside where they had been beaten 2-1 by the Magpies last term.

As expected, City had most of the possession throughout the match and, after Fernandinho had headed an early opportunity over the bar, they took the lead in the 21st minute when David Silva’s back-heel set up an unmarked Raheem Sterling to fire home.

However, the Magpies responded well to the setback and grabbed an equaliser four minutes later when their Dutch left-back Jetro Willems smashed the ball past Ederson after being played in by Miguel Almiron.

When City tried to regain the lead, Martin Dubravka saved Sterling’s curling effort and Kevin De Bruyne saw a fierce drive blocked by the home defence but Newcastle played well in the first half and deserved to be level at the interval.

Allan Saint-Maximin was a constant threat for Steve Bruce’s team, while at the other end, in the 58th minute, Gabriel Jesus could only nod David Silva’s cross wide as City struggled to break down a hard-working home defence.

The Brazilian striker then had a snap shot gathered by Dubravka before David Silva headed a great opportunity wide as the visitors grew increasingly frustrated.

With 17 minutes left, Phil Foden, who had only just come on as a substitute, failed to beat Dubravka with a header and Bernardo Silva then dragged a left-footed shot wide.

However, City appeared to have won the match when De Bruyne lashed a superb 82nd-minute shot off the underside of the bar and past Dubravka.

Newcastle refused to concede defeat and Jonjo Shelvey thumped an 88th-minute shot past Ederson to put a further dent in City’s hopes of winning the Premier League title for the third campaign in a row.