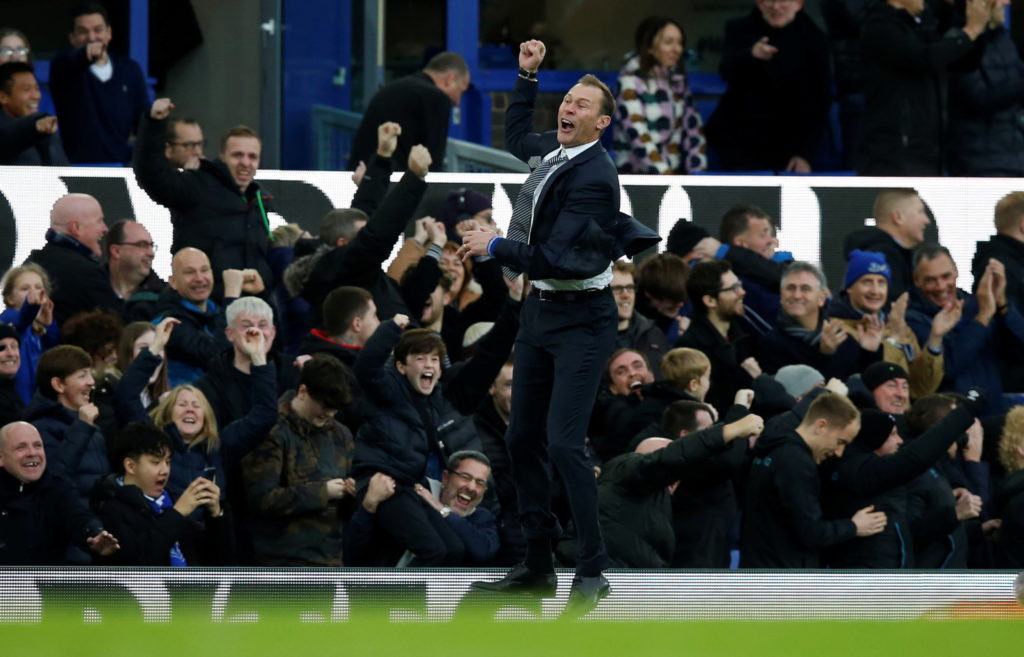 Everton, who had been on a run of eight defeats in 11 Premier League matches before losing patience with Marco Silva on Thursday, made the best possible start to the game when Djibril Sidibe’s fifth-minute cross was headed home by Richarlison.

Buoyed by the early goal, Everton swarmed forward in search of another and the recalled Theo Walcott set up Dominic Calvert-Lewin whose low shot was blocked by Kepa Arrizabalaga in the Chelsea goal.

Frank Lampard’s team managed to get through a sticky period without falling further behind and, when they finally got forward, Willian’s cross was diverted just wide by Tammy Abraham before the 22-year-old Chelsea striker’s header was kept out by Jordan Pickford.

Everton doubled their lead four minutes after the interval when Calvert-Lewin benefited from a mix-up at the heart of the Chelsea defence before slotting his low shot past Kepa.

The visitors pulled a goal back against the run of play in the 52nd minute though when Croatia international Mateo Kovacic drilled a 25-yard shot past Pickford.

Kovacic had another effort that flew just wide before Mason Mount failed to hit the target from a promising position as Chelsea went in search of an equaliser.

Everton lived dangerously at times but they wrapped up the three points with six minutes left when Calvert-Lewin provided the finishing touch after a goalmouth scramble.

The home fans were able to celebrate a fifth victory of the campaign at the final whistle while Chelsea will now turn their attention towards Tuesday’s vital Champions League clash with Lille.