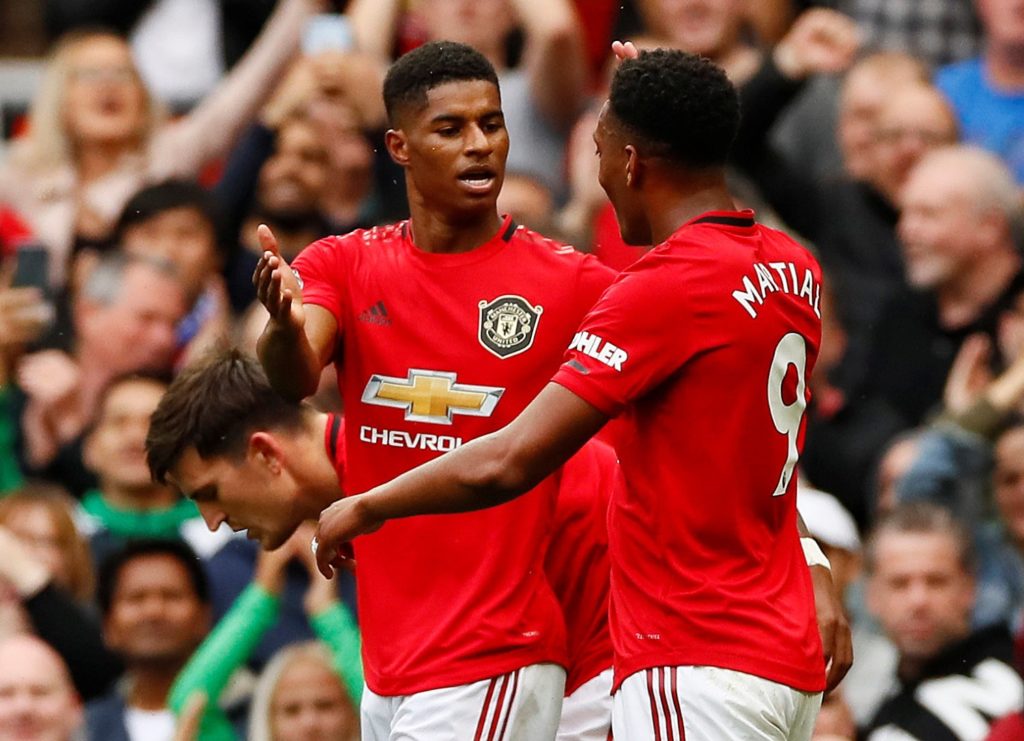 Manchester United dominated at the Etihad Stadium as goals from Marcus Rashford and Anthony Martial secured a 2-1 win against Manchester City.

Ole Gunnar Solskjaer’s side fully merited a two-goal half-time lead – it might have been more – and while Nicolas Otamendi headed the home side back into the game with five minutes to play, the Red Devils deserved the local bragging rights after completing a superb six-point haul after their win over Tottenham on Wednesday.

United were razor sharp from the off and tested Ederson in the City goal via shots from Martial and Jesse Lingard, the latter in particular with reason to believe he should have done better on 10 minutes.

Guardiola’s team had their first real threat on 14 minutes, Bernardo Silva making inroads down the right before Victor Lindelof snuffed out the danger, with the use of a flailing arm, but it would have been a harsh penalty award and the officials were unmoved.

There were no such qualms at the other end six minutes later. Fred stole the ball in midfield and fed it to Rashford. He was upended by a stray leg from Bernardo Silva and while Anthony Taylor initially waved play on, the VAR check confirmed a clear foul.

Rashford was calm under the pressure and sent Ederson the wrong way from the penalty spot.

The forward could have doubled-up three minutes later but wasted a good shooting chance from 15 yards by scuffing wide, while Rashford then rattled the woodwork as United dominated their hosts.

Solskjaer didn’t have to wait long for a second goal as Martial’s clever low shot from inside the box clipped Ederson’s upright on the way into the net.

It could easily have been three before the break such was United’s stranglehold on the contest. In stoppage time at the end of the half, however, Kyle Walker’s low cross collided with the hand of a sliding Fred but the penalty appeals rightly fell on deaf ears.

Otamendi replaced a stricken John Stones on the hour mark, while Riyad Mahrez soon followed in place of Bernardo Silva as Guardiola desperately sought a reprieve.

His side bossed possession and there was a constant edge to a game where a City goal seemed sure to launch a strong riposte, but they couldn’t find it soon enough.

Otamendi powered home a header from Mahrez’s corner on 84 minutes to give City hope and the latter quickly drew a fine one-handed save from David de Gea although that was as good as it got for City.

Five minutes of added time were negotiated without major concern for United as their band of supporters celebrated jubilantly at the end.

There may be further punishment to come for City as United midfielder Fred was seen to be hit by an object thrown from the crowd in the latter stages.