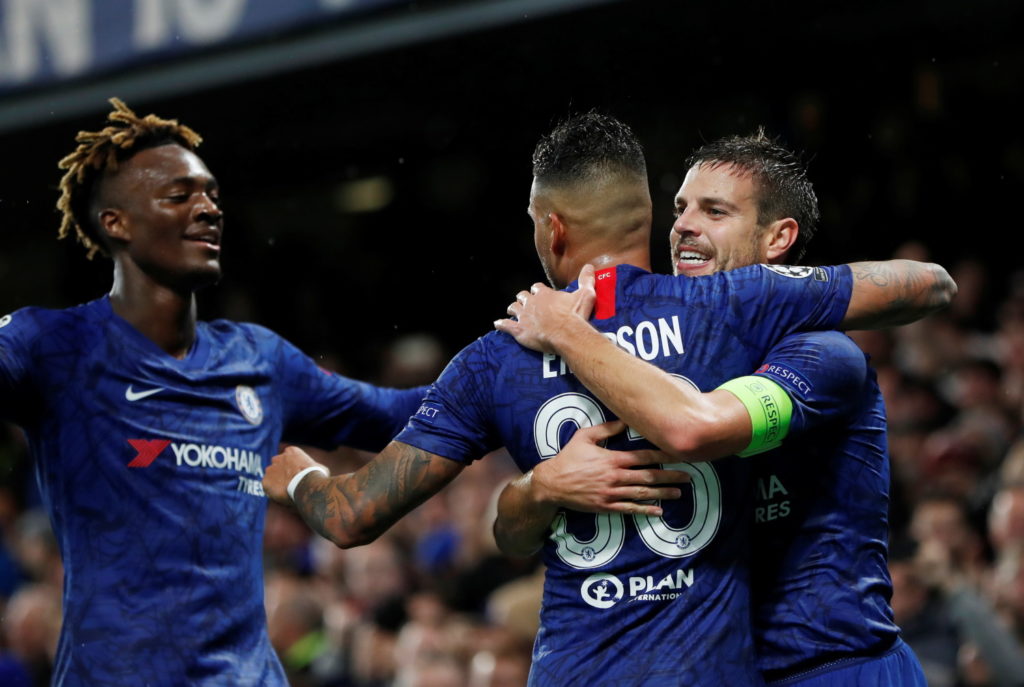 Chelsea booked their place in the last-16 of the Champions League with an unconvincing 2-1 win over Lille in Group H.

The Blues were boosted by the return of Antonio Rudiger for only his second start this season, while Emerson was also back in the starting XI alongside Jorginho.

Lille made sweeping changes having already been eliminated from the tournament and on a rainy night at Stamford Bridge, their much-changed side struggled.

After dominating early on, Chelsea took the lead on 19 minutes, Tammy Abraham finishing smartly after good work from Willian down the right.

Emerson then stung the palms of Mike Maignan but the left-back did have a more significant impact after 35 minutes when the unmarked Cesar Azpilicueta met his corner and glanced a front post header home.

A 2-0 lead at the break seemed fair on the hosts but they almost increased their advantage just seconds into the second half, first Willian and then Christian Pulisic forcing saves from Maignan.

The second half continued on a similar vein, Chelsea enjoying plenty of position and almost holding Lille at arm’s length.

When Les Dogues did come forward, they lacked any real quality and were hit by a blow when Maignan was taken off with an injury.

However, that setback seemed to inspire Lille and they got a goal back with 12 minutes to go when former Chelsea man Loic Remy capitalised on good work by substitute Jonathan Bamba to fire in off the bar.

The grandstand finish that was promised never materialised though and Chelsea are through to the last 16 of the Champions League.