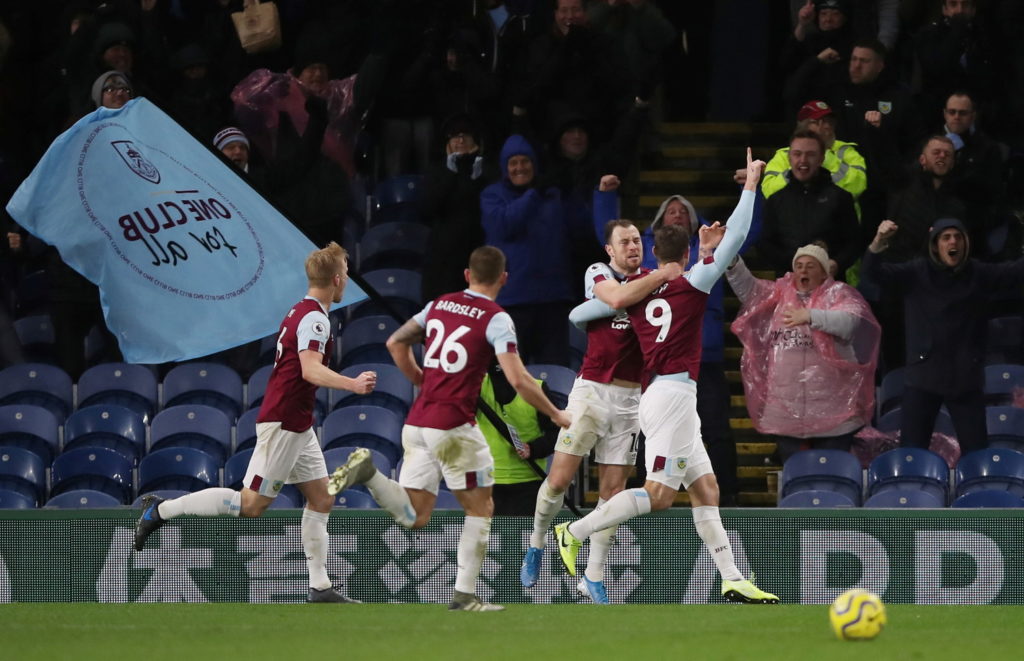 Chris Wood scored the only goal of the game as Burnley ended a run of three straight defeats with a 1-0 win against Newcastle United at Turf Moor.

Burnley made three changes to the side that was thrashed 5-0 at Tottenham last weekend as Ashley Barnes, Ashley Westwood and Phil Bardsley returned in place of Matthew Lowton, Jay Rodriguez and Robbie Brady.

There was four changes to the Newcastle side from their 2-1 win against Southampton last week as injured quartet Ciaran Clark, Jonjo Shelvey, Allan Saint-Maximin and Miguel Almiron were replaced by Andy Carroll, Fabian Schar, Christian Atsu and Sean Longstaff.

Carroll, enjoying a rare start for the Magpies, should have put them ahead in the fifth minute but somehow guided his close-range header wide after good work from Isaac Hayden down the right.

Burnley responded as Dwight McNeil tested Martin Dubravka with an awkward shot on 11 minutes which the Slovakian shot-stopper was forced to push wide of his upright.

The Clarets had a penalty appeal for handball against Paul Dummett dismissed by the Video Assistant Referee (VAR) before James Tarkowski headed wide from six yards on 15 minutes.

An ambitious 35-yard strike from Hayden that flew over Nick Pope’s goal on 25 minutes was the only other notable moment from a scrappy first half.

Newcastle started the second half the brighter but it was Burnley who broke the deadlock on 58 minutes when Wood got up highest at the back post to head a Westwood corner past Dubravka.

Jack Cork looked to add a second on 67 minutes when he nicked possession and burst forward but couldn’t beat Dubravka with his low effort.

McNeil looked to have created a second for Wood on 73 minutes but the big forward sent his glancing header over the top.

Dwight Gayle stepped off the bench for the Magpies and missed a golden chance to level on 81 minutes as he somehow put his effort wide in front of goal following good work by Joelinton.

The win moves Burnley up to 12th place in the Premier League on 21 points, with Newcastle now just one place and a point ahead of them.