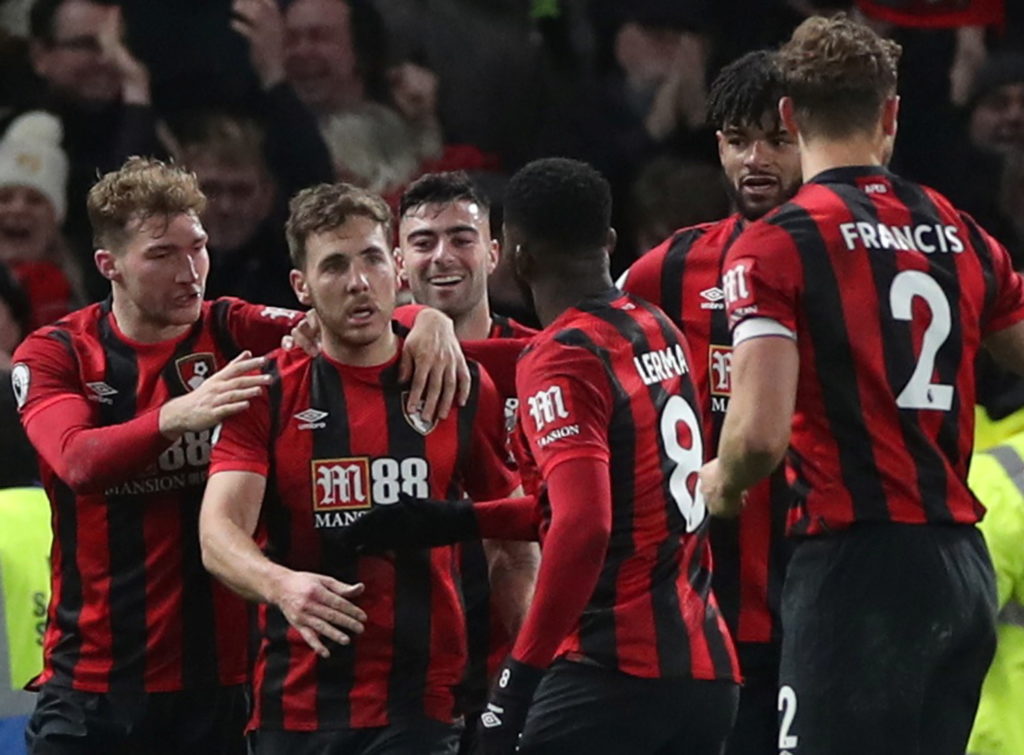 Dan Gosling’s late goal ended a run of five consecutive defeats for Bournemouth as they stunned Chelsea 1-0 at Stamford Bridge.

Chelsea made three changes to the starting XI that lost 3-1 at Everton last weekend as Antonio Rudiger, Jorginho and Emerson came in, with Andreas Christensen, Reece James and Mateo Kovacic dropping to the bench.

Eddie Howe made four changes to the Bournemouth side that lost to Liverpool seven days ago as injured duo Nathan Ake and Callum Wilson plus Dominic Solanke and Arnaut Danjuma Groeneveld were replaced by Gosling, Joshua King, Lewis Cook and Jack Stacey.

The visitors had the first shot in anger in the fifth minute when Lewis Cook’s cross was cleared as far as Ryan Fraser and his strike was beaten away by Kepa Arrizabalaga.

Chelsea almost went ahead on nine minutes when Jorginho dinked the ball through to Mason Mount in the area but Aaron Ramsdale managed to narrow the angle and blocked his shot.

The hosts continued to press, with Tammy Abraham lashing a strike into the side-netting, and the Cherries then survived a goalmouth scramble on 25 minutes as Simon Francis eventually cleared his lines.

Bournemouth continued to defend in numbers and they almost snatched a goal on the break two minutes before the interval when a cross was diverted towards goal although Rudiger managed to clear the danger.

At the other end, Abraham had a half-chance when he rose highest to meet a Willian corner but sent his header over the top.

Bournemouth had the first real opportunity in the second half on 52 minutes when Fraser picked out the run of King behind the Blues defence but Rudiger got back to make a vital block.

Mount then surged towards the Cherries area and saw his effort deflected wide before an Abraham header in the area from the subsequent corner created a scramble although the visitors managed to hack to safety on the hour.

It was Bournemouth who looked the more likely to score as Kurt Zouma produced some superb defending to prevent King from finding the net from 15 yards and Gosling just failed to convert a King cross moments later on 67 minutes.

Chelsea should have taken the lead on 73 minutes when Cesar Azpilicueta set up Emerson six yards from goal but the Brazilian’s header was well saved by Ramsdale.

Abraham was then guilty of spurning a decent opportunity as he flicked a header over the top from an Azpilicueta cross two minutes later.

It was Bournemouth who took the lead with just six minutes remaining when Jefferson Lerma put the ball back into the box from a cleared corner and Gosling guided his header over the advancing Kepa.

The offside flag was raised but, after a check with the Video Assistant Referee (VAR), the goal was given.