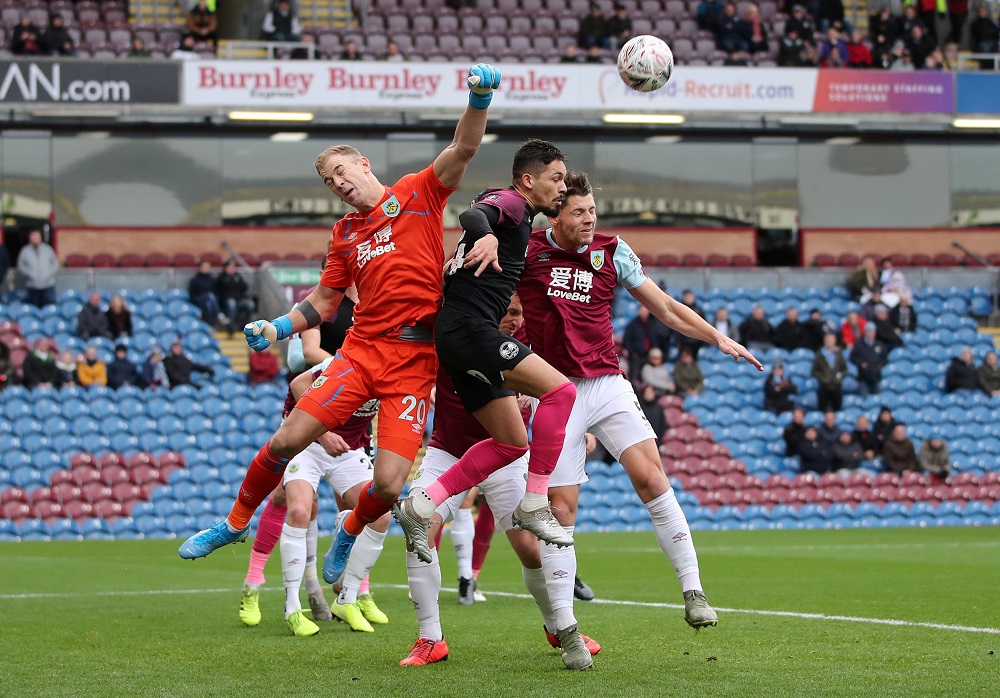 Burnley booked their place in the fourth round of the FA Cup by overcoming League One promotion hopefuls Peterborough United 4-2 at Turf Moor.

Clarets head coach Sean Dyche made eight changes to the side that lost 2-1 at home to Aston Villa last time out, with James Tarkowski, Jack Cork and Chris Wood the three survivors and Joe Hart among those handed a chance to impress.

The visitors gave a debut to midfielder Reece Brown, who recently joined Posh on loan from Huddersfield Town.

The hosts enjoyed a majority of the early possession and took the lead with eight minutes on the clock as Jay Rodriguez swept home the loose ball after Wood had seen his header kept out by Posh goalkeeper Christy Pym.

With 15 minutes played the Lancastrian outfit made the score 2-0 as Erik Pieters was given time to drill a fine left-foot shot into the bottom corner of the net, with the drive giving Pym absolutely no chance.

Brown shot inches wide of the far post as the visitors attempted to gain a foothold back in the game, but they were soon three goals behind as a Jeff Hendrick shot took a big deflection off Mark Beevers to nestle in the back of the net.

The visitors pulled a goal back when Ivan Toney took advantage of a Matt Lowton error to slot the ball past the stranded Hart, but at the half-time interval the Clarets were still it total charge.

Early in the second half, Burnley pushed three goals ahead again as Aaron Lennon played in Rodriguez and he smacked a left-foot finish past the advancing Pym to make the score 4-1.

Posh responded as Ricky Jade-Jones fired home 14 minutes from time after the home side failed to deal with a corner, while the final chance of an entertaining clash saw Hendrick curl a free-kick against the crossbar.