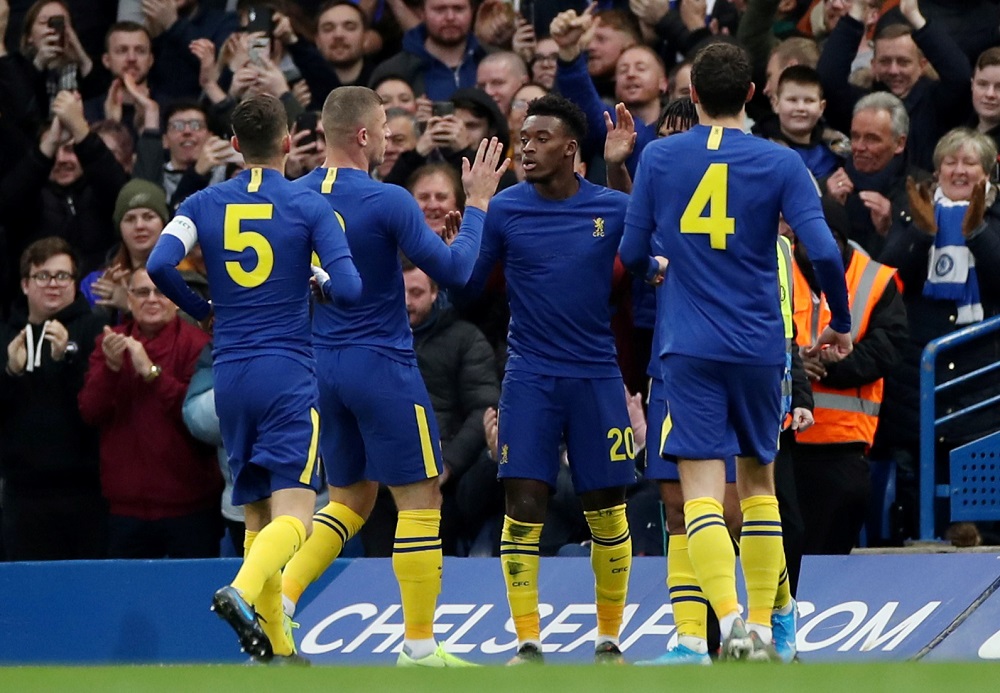 Callum Hudson-Odoi scored one and set up the other as Chelsea won 2-0 at home to Nottingham Forest in the third round of the FA Cup.

Forest topped that, making ten changes from the team which won 3-2 against Blackburn last time out, with Tobias Figueiredo the only starter to have faced Rovers.

The hosts broke the deadlock six minutes in as Hudson-Odoi collected a pass on the right side of the area, cut inside and dispatched a low left-foot shot into the net between Jordan Smith and his near post.

With 20 minutes played, the Blues were denied a possible second goal as Pedro saw his shot blocked by team-mate Michy Batshuayi and soon after Forest thought they won a penalty, only for VAR to intervene with an offside decision.

Chelsea doubled their lead just past the half-hour mark as Hudson-Odoi cut in from the right again, with his shot parried by Smith straight on to the foot on the onrushing Ross Barkley.

Batshuayi headed narrowly wide from a James cross from the right as the Premier League side finished the first half in total charge.

The second half started quietly, before Barkley was denied by the woodwork as he met a Hudson-Odoi ball in from the left with a header which looked destined for the back of the net.

Forest still carried a threat, but were unable to carve out any clear openings despite the best efforts of the lively Alex Mighten.

They managed to do so midway through the second half when Ryan Yates headed home from a Joao Carvalho free-kick, but VAR intervened to rule the Forest man inches offside as he did so.

To their credit the visitors kept pushing as time ticked away, but the hosts eventually ran out comfortable winners.