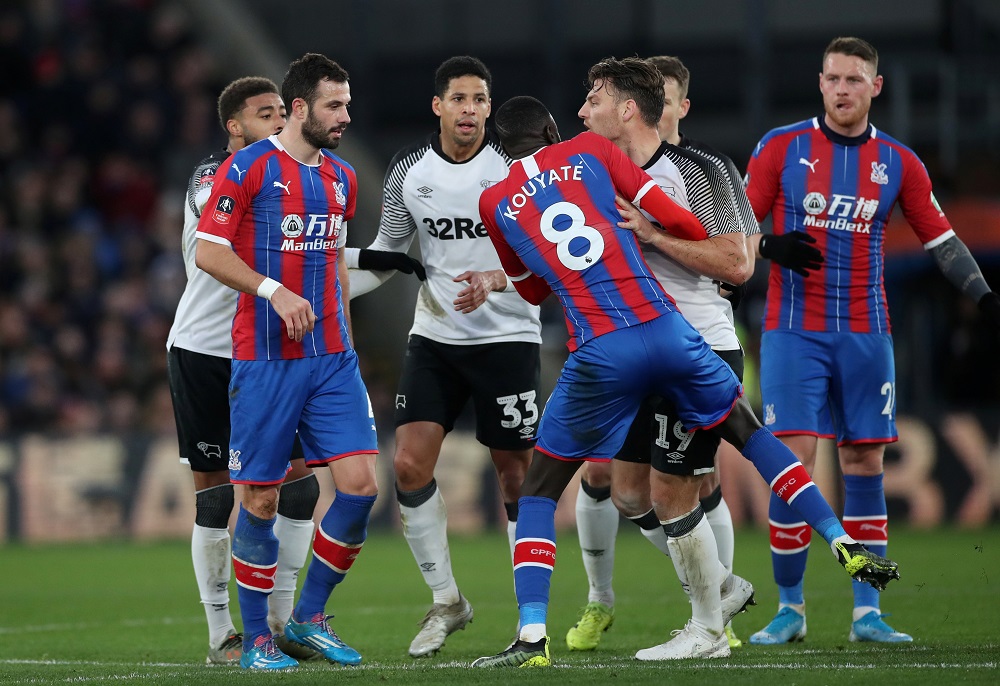 Derby County knocked Premier League Crystal Palace out of the FA Cup by securing a 1-0 third-round victory at Selhurst Park.

The Eagles made five alterations to the XI which began the 1-1 draw with Norwich City, with Wayne Hennessey, Brandon Pierrick, Cheikhou Kouyate, Gary Cahill and Connor Wickham all handed starts.

Rams head coach Philip Cocu made nine changes to the side which won 2-1 against Barnsley, with Wayne Rooney and Curtis Davies the only survivors.

Pierrick carved out the first chance of the game with a twisting run on the edge of the area, with Rams keeper Kelle Roos making a fine save away to his left to keep out a low effort.

Eighteen minutes in, youngster Louie Sibley lifted a shot just over as the visitors started to gain a foothold in the game, although chances were proving few and far between.

That changed just past the half-hour mark as Jayden Bogle whipped over a fine cross from the right and Chris Martin pounced at the far post to beat Hennessey and give the visitors a 1-0 lead.

Early in the second half Roos pushed away a deflected effort from James McCarthy, as Palace tried to find a way back into the game, with Jordan Ayew then seeing a shot deflected away for a corner.

On the hour mark the visitors should have doubled their lead, but Bogle was unable to direct his far-post header on target, following a superb ball in from the left by Tom Lawrence.

Soon after the hosts were reduced to ten men as Luka Milivojevic was sent off for a clash with Tom Huddlestone, with VAR used to change the card from yellow to red.

From that point on, the Eagles found it difficult to even come close to scoring an equaliser and the Rams almost added a second goal in stoppage time as Martyn Waghorn curled a shot against the inside of the post.