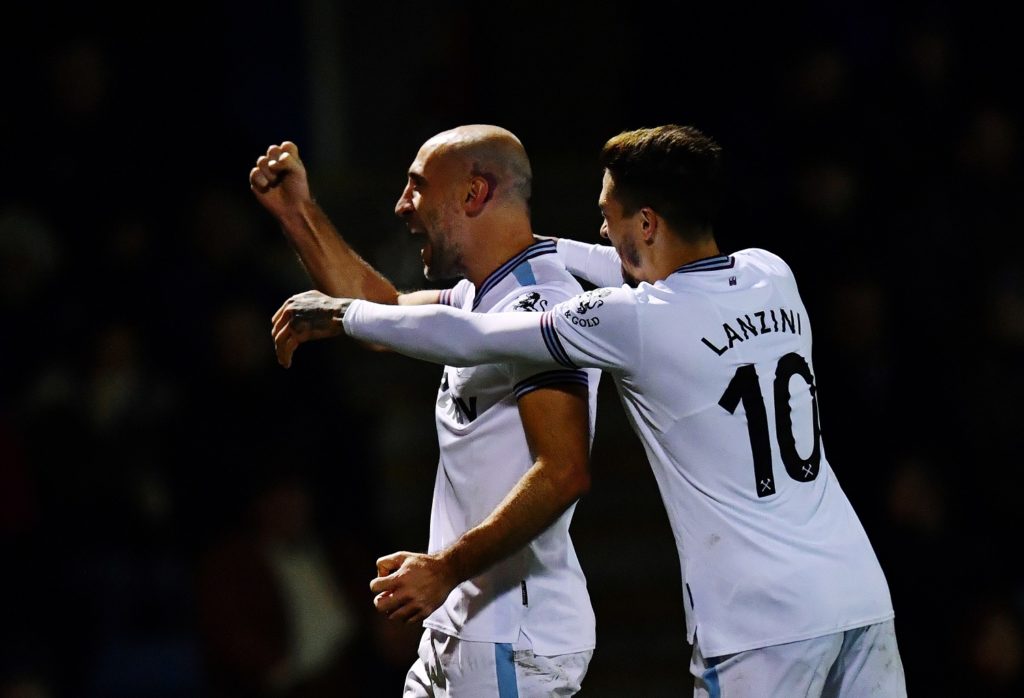 Pablo Zabaleta and Pablo Fornals were the heroes for West Ham as they battled to a hard-fought 2-0 win at Gillingham in the third round of the FA Cup.

The Hammers board have been demanding a cup run in recent years and new boss David Moyes was not taking the trip to Kent lightly, making just three changes as Issa Diop, Arthur Masuaku and Manuel Lanzini were handed starts.

It was Gillingham who made the better start, playing with old-fashioned intensity to unsettle their opponents on a less than smooth surface at the Priestfield.

The visitors were hit by a blow just before half-time as Ryan Fredericks limped off to be replaced by 2011 FA Cup winner Zabaleta but a scrappy half failed to produce a goal to break the deadlock and the pair went in at 0-0.

West Ham should have opened the scoring straight after the interval, Sebastien Haller avoiding an offside flag and running clear. However, a slight bobble just before he struck for goal propelled the ball over the crossbar.

Minutes later, Haller again tested the woodwork, finding space and drilling past Jack Bonham, only for his effort to ricochet off the post and to safety.

Manuel Lanzini then had a curling effort saved by Bonham and as the game went on the Gills retreated, inviting the pressure.

Eventually, they cracked and it was Zabaleta who got the goal, driving through the goalkeeper to give his side a deserved lead.

A speedy response was required and Brandon Hanlan rattled the bar almost immediately afterwards, albeit the offside flag had been raised. Soon after, Stuart O’Keefe demonstrated superb technique with a left-footed volley but Lukasz Fabianski saved comfortably.

Gillingham pushed but it wasn’t enough and with their defence tiring, the Hammers got a second in stoppage time, Felipe Anderson rolling to substitute Fornals who fired home with his left foot.

Steve Evans will be proud of his League One side’s efforts but in the end, class told and it is the Hammers who head into Monday’s fourth round draw.