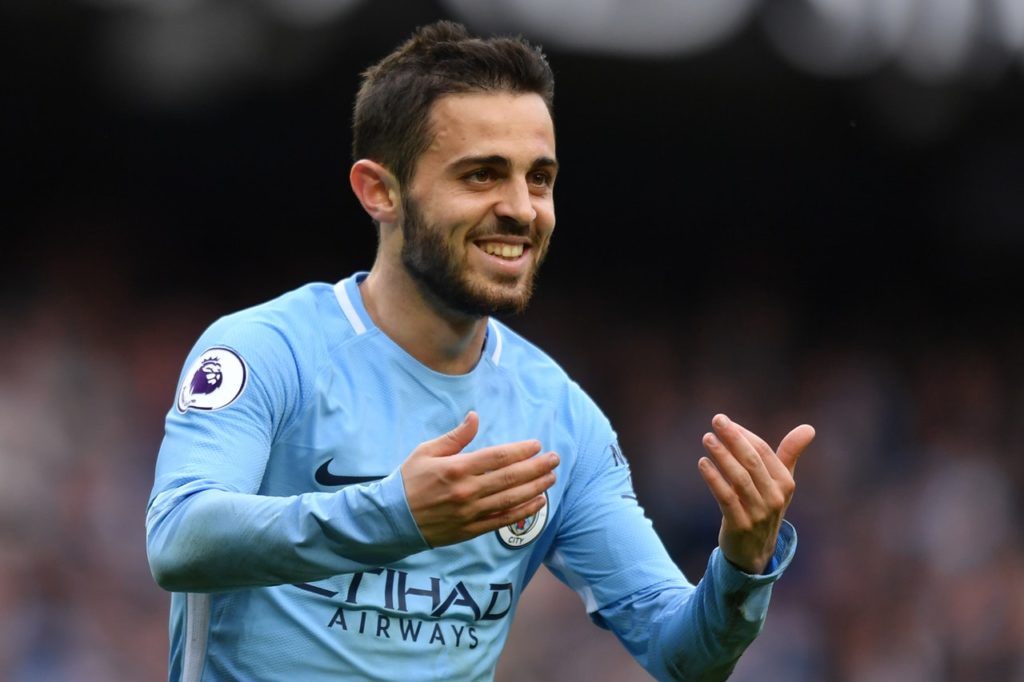 A first-half blitz from Manchester City gave them a decisive 3-1 lead over neighbours Manchester United in their Carabao Cup semi-final.

The Carabao Cup holders have one foot in the final again after goals from Bernardo Silva, Riyad Mahrez and an own-goal from Andreas Pereira left them cruising by the interval in front of a stunned home crowd.

Marcus Rashford did pull a goal back midway through the second half as United avoided a rout, but they are left with a mountain to climb if they want to dislodge Pep Guardiola’s grip on the League Cup.

The home side actually made a bright start as Old Trafford got into the derby mood.

Rashford almost got in behind the City rearguard bar a timely intervention from Nicolas Otamendi; though it was to prove a false dawn for the Red Devils.

After 17 minutes some typically patient build-up play down the right flank saw City working the ball into the feet of Bernardo Silva.

He skipped inside the half-hearted challenge of Fred and unleashed an unstoppable shot across David de Gea and high into the top corner of the net. A truly scintillating strike.

It was one-way traffic thereafter in the opening half, Mahrez having gone close from long range before the Algerian did double the advantage just beyond the half-hour.

Silva was the architect this time, picking up possession on the centre spot before sliding a perfectly-weight pass behind the retreating United defenders, with Mahrez latching onto it ahead of de Gea and striding past the goalkeeper for the easiest of finishes into an open goal.

Guardiola’s team sensed blood and they had time for one more piercing blow before half-time; though this one had some self-harm in it.

As with the second goal, it arrived after a Man United attack broke down, allowing City to advance at pace in devastating fashion.

Mahrez was unable to go in behind this time but the ball fell to De Bruyne. He turned Phil Jones and while de Gea stopped his shot; the rebound cannoned off Andreas Pereira into the net.

Jesse Lingard was withdrawn at the break, Nemanja Matic coming on seemingly to try and stem the tide.

Rashford curled a free-kick off the target beyond the hour but there was some relief for the England forward and his beleaguered teammates midway through the second period, at least managing to halt the taunting cries of ‘olé’ that were by now greeting every City pass.

A rare loose pass from De Bruyne gifted possession to United and Mason Greenwood released Rashford, who slid the ball right-footed into the corner of the net.

De Bruyne’s night got worse a few minutes later, caught unintentionally by an elbow from Victor Lindelof and, seemingly the worse for wear, forced off.

Gabriel Jesus replaced the Belgian, while Greenwood made way for Anthony Martial as Ole Gunnar Solskjaer sought to reduce the deficit still further ahead of the return game at the Etihad Stadium.

Rashford’s long range shot almost caught out Claudio Bravo late on but it wasn’t to be and they will have to repeat the heroics of December’s Premier League win across the city if they are to make the trip to Wembley for next month’s final.