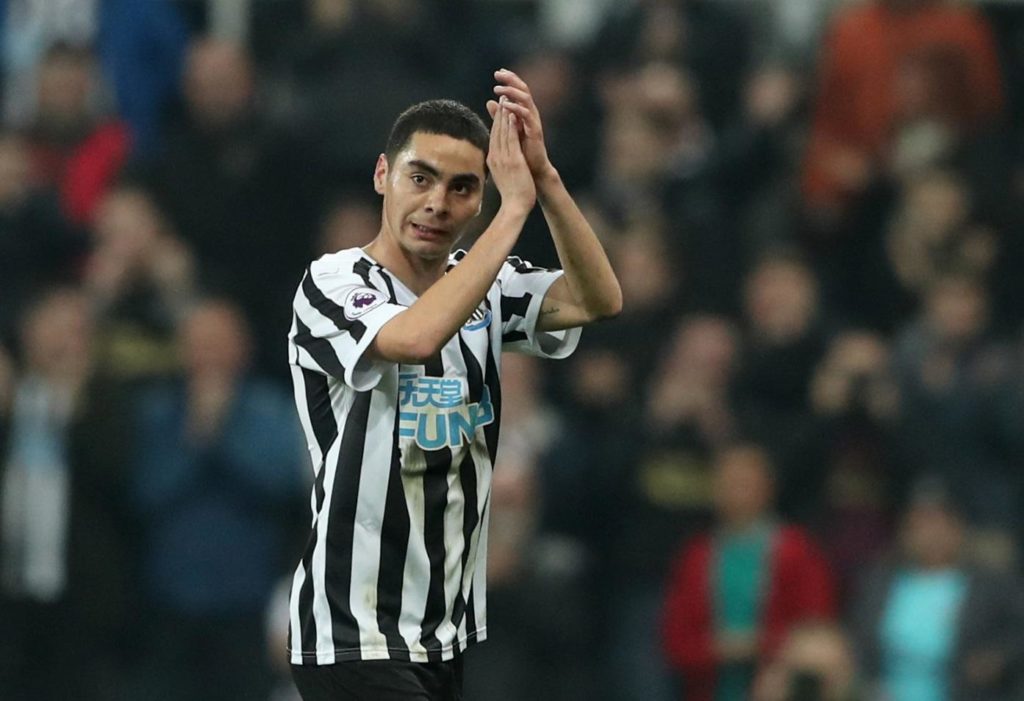 Newcastle clung on for a 1-1 draw at Wolves despite a double injury blow inside half an hour at Molineux.

Steve Bruce’s side led through Miguel Almiron after only seven minutes although Leander Dendoncker soon levelled for Wolves.

Bruce had to shuffle his pack as Paul Dummett and Dwight Gayle succumbed to injury in a 15-minute spell before half an hour had elapsed.

The Magpies admirably saw out their challenge in the second half and are now unbeaten in six trips to the Black County venue, while Bruce will be relieved his side avoided a fourth successive Premier League reverse. The result sees Wolves move up to seventh in the table, while Newcastle remain in 13th spot.

Newcastle belied their recent run of losses, making a bright start, and they didn’t have long to wait for their rewards. Good work from Jetro Willems and Gayle set up Almiron and he found the top corner with a fine finish from 15 yards.

Dummett then limped off and Bruce’s mood wasn’t long worsening as Dendoncker was allowed free reign to level.

A corner from the right-hand side was swung beyond everyone at the near post and the midfielder had time and space to volley home from 10 yards, with Newcastle’s marking completely absent.

On 27 minutes, Gayle burst down the right wing and crossed for Almiron but it appeared to come at a cost as he went down and signalled a hamstring problem, forcing Bruce to send in Christian Atsu to join opening substitute Florian Lejeune and handcuff the Magpies boss with more than 60 minutes still to play.

Understandably, his side retreated somewhat thereafter, seemingly content to get to the dressing room and reorganise at the break.

Wolves almost hit the front inside 90 seconds of the restart. Matt Doherty’s toe-poked shot was cleared off the goal line by Matty Longstaff but that was to be something of a false dawn if Nuno Espirito Santo thought his side were going to hammer at the door for the remainder of the contest.

Newcastle did their level best to interrupt the flow of the match afterwards, with Almiron, Christian Atsu and Matty Longstaff all finding their way into the referee’s notebook.

When Wolves did threaten, Martin Dubravka was on hand to make a fine stop from Pedro Neto, while in stoppage time the Newcastle ‘keeper was quick off his line to deny Adama Traore’s pursuit of a long ball forward.

Bruce and Newcastle will be delighted with afternoon’s work, while the hosts will be feeling they missed a trick.