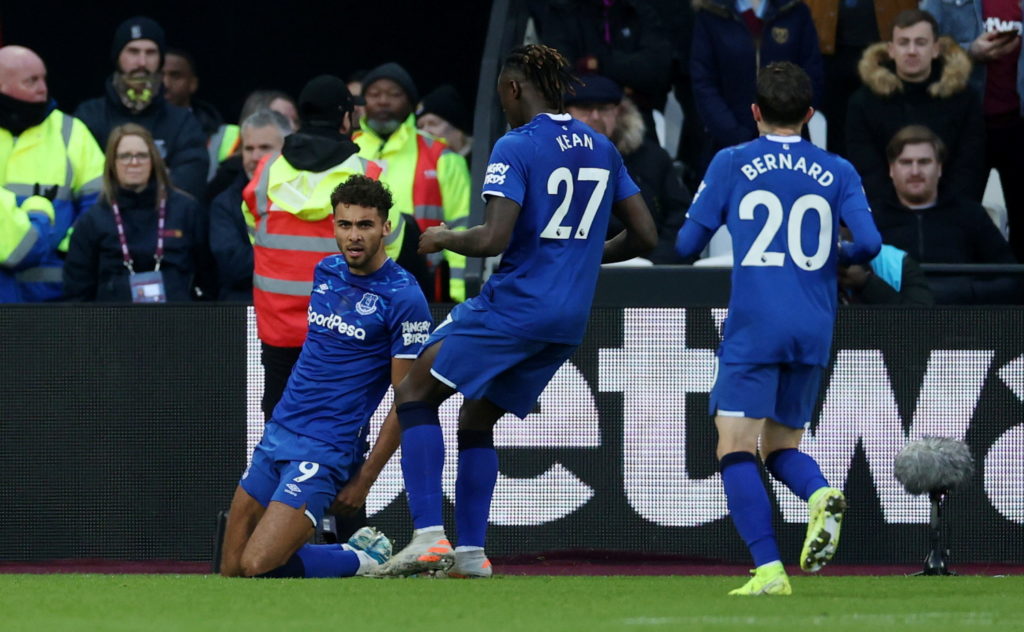 West Ham and Everton played out an entertaining yet frustrating clash at the London Stadium as they shared the spoils after a 1-1 draw.

Both David Moyes and opposite number Carlo Ancelotti made four changes each, with the Hammers handing a second debut to Darren Randolph following his signing from Middlesbrough, while Moise Kean got the nod up front for the visitors.

A scrappy start to the game produced plenty of industry but little else as the home side just shaded it but spurned chances through Sebastien Haller and Mark Noble, while Robert Snodgrass had a goal rightly ruled out for offside.

Theo Walcott wasted Everton’s best opportunity of the opening half hour and was made to pay after 40 minutes. Following a needless foul by Fabian Delph on Manuel Lanzini, Snodgrass whipped the ball in to find the stooping Issa Diop, who glanced home.

The Hammers needed to stand firm but their issues defending set-pieces were again apparent as Dominic Calvert-Lewin headed home unmarked at the back post after Mason Holgate had flicked on Lucas Digne’s corner to send the teams in at 1-1.

Everton made a change at the break as 18-year-old Anthony Gordon was brought on in place of Bernard and he was presented with a dream chance just moments after his introduction. However, he snatched his effort over the bar.

Tom Davies also nodded an awkward effort wide, while at the other end Haller again missed the target with a header.

Chances were few and far between in the second half and the Toffees looked to have missed a trick. Randolph looked competent, doing the basics well, but for a man who hadn’t played since November he did not have a single save to make.

There was a flashpoint late on when Albian Ajeti aimed a headbutt at Holgate. VAR checked it but to the surprise of most watching the game decided not to award a red card to add further fuel to those who disagree with the technology.

In the end, a draw was a fair result although both teams will go away from the London Stadium feeling that maybe they could have had won.