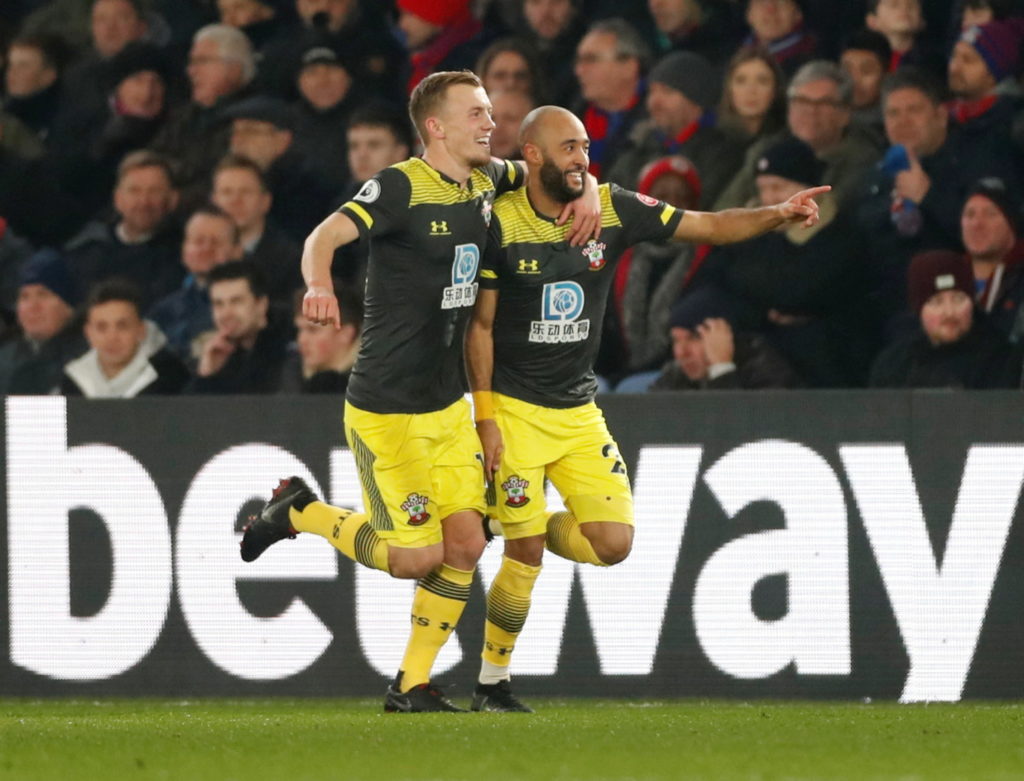 Southampton move up to ninth in the Premier League table at the expense of Crystal Palace via comfortable 2-0 win at Selhurst Park.

Ralph Hasenhuttl has worked a miracle with the south coast club over the past couple of months and Tuesday’s victory has edged them eight clear of relegation danger.

The Austrian had hinted at changes prior to kick off and he made a big call in resting top scorer Danny Ings.

From the outset Southampton were the side on top, dominating possession albeit a little sloppy when they reached the final third.

Crystal Palace, who were unchanged from Saturday’s 2-2 draw with Manchester City, struggled to find a rhythm but surprisingly got the first opening of the match.

Cenk Tosun stole the ball from Jack Stephens but panicked once he arrived on the edge of the box and drilled high over the bar.

Southampton made no such mistake with their first chance of the night on 22 minutes when Nathan Redmond was invited to turn towards goal on the edge of the box.

The winger gleefully accepted the space afforded to him and emphatically rifled home into the top left corner.

Saints continued to press on and could have had an even healthier lead at the break if Stuart Armstrong had converted one of his three efforts.

Palace didn’t learn from their first half mistakes and just three minutes into the second period Armstrong finally found the back of the net.

His shot was just as impressive as Redmond’s as he bent a powerful effort beyond Palace stopper Vicente Guaita.

The Eagles offered little in terms of response over the course of the second half and Roy Hodgson will undoubtedly have some strong words regarded their performance.

If anything, Southampton could have further enhanced their tally with Armstrong, Redmond and Shane Long all testing Guaita.

Palace’s early exit from the FA Cup gives them a rare weekend off and Hodgson will hope the break gives his men the chance to come back refreshed for the home meeting with Sheffield United on February 1.