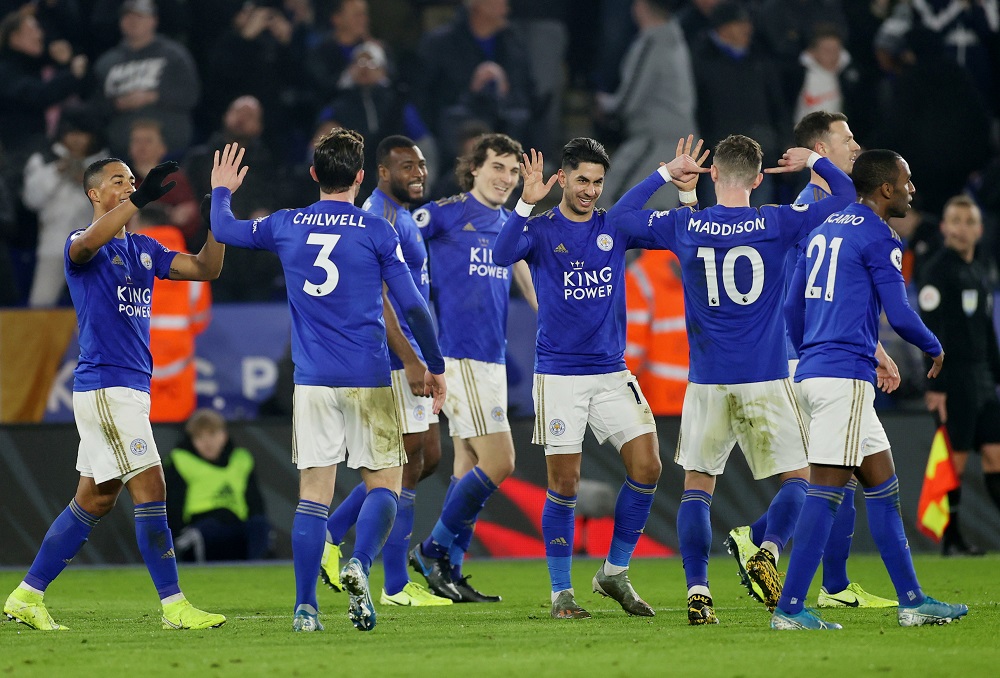 Foxes boss Brendan Rodgers made two changes to the side beaten 2-1 at Burnley on Sunday, with Ben Chilwell and Youri Tielemans taking the places of Christian Fuchs and Dennis Praet.

The Hammers showed just one alteration to the starting XI from the 1-1 weekend draw with Everton, as defender Arthur Masuaku replaced midfielder Pablo Fornals.

The hosts started the brighter, with Vardy meeting a Harvey Barnes, only to shoot tamely straight at Irons keeper Darren Randolph.

City continued to dominate the possession, but they were unable to carve out any further opening as the 20-minute mark passed.

That all changed with 24 minutes played as Ricardo Pereira played the ball across the face of goal from the right and Barnes was in the right place to turn the ball home from very close range.

The hosts had to make a change just past the half-hour mark, with Nampalys Mendy replaced by Wilfred Ndidi, who was making his return following a knee problem.

A second substitution was forced on the Foxes soon after when Vardy appeared to pull a hamstring, with Kelechi Iheanacho entering the fray in his place.

Deep into stoppage time the Foxes made it 2-0, as Barnes turned provider by finding Pereira on the edge of the area and his powerful drive left Randolph with absolutely no chance.

The Hammers brought on Michail Antonio and Fornals in place of Masuaku and Robert Snodgrass at half-time and they were soon handed a penalty as Sebastien Haller went down under the challenge of Ndidi.

Skipper Mark Noble then made no mistake from the resulting spot-kick to halve the deficit.

That gave the visitors a huge lift and Antonio soon forced Kasper Schmeichel into a smart save as the Irons pushed for an equaliser.

The Foxes responded with Ayoze Perez drawing a decent save out of Randolph, who then did well to keep out a long-range effort from James Maddison.

And the hosts made the game safe after Angelo Ogbonna pushed Iheanacho over in the area, with Perez slotting the resulting penalty straight down the middle to restore the two-goal advantage.

Spanish forward Perez then completed the scoring two minutes from the end of normal time, making no mistake after being set up by Iheanacho.