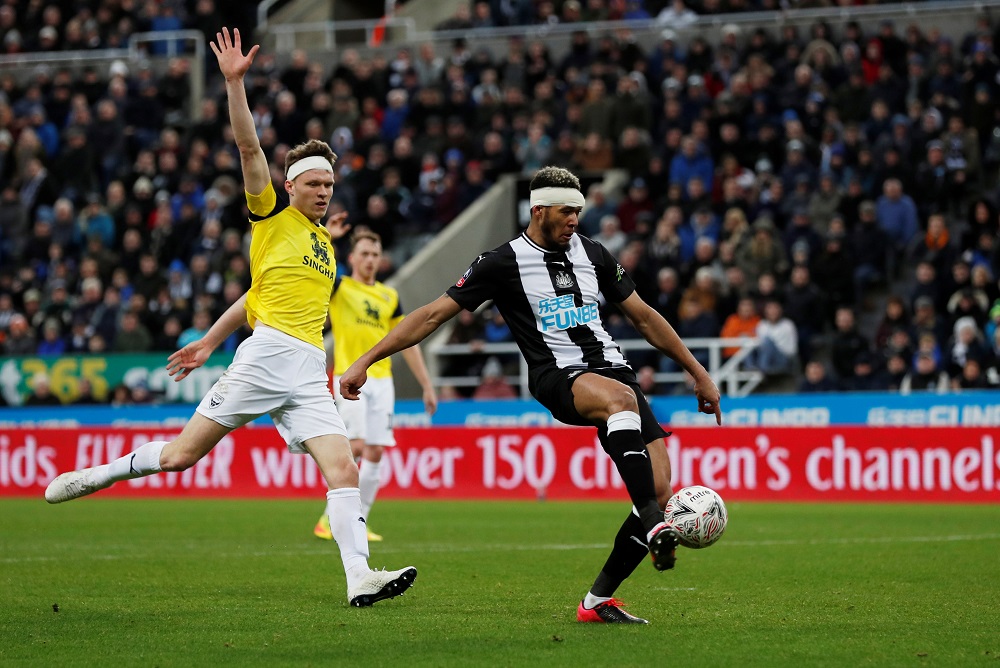 Newcastle were left frustrated as they were held to a goalless draw by a resilient Oxford United side in their FA Cup fourth-round clash at St James' Park.

The Magpies had chances to see off the League One visitors with Joelinton and Miguel Almiron the biggest culprits when it came to missed opportunities.

It could have been worse for the north-east outfit though as Marcus Browne missed Oxford’s best chance but Karl Robinson’s men will be happy to have secured a money-spinning replay at the Kassam Stadium.

Steve Bruce made five changes for the tie but still named a strong side, recalling Allan Saint-Maximin, while he also handed Nabil Bentaleb his debut after his loan move from Schalke in midweek.

Despite fielding a strong XI, Oxford United more than held their own, particularly in a scrappy first-half devoid of opportunities.

The Magpies mustered just one shot on target, Saint-Maximin dribbling across the edge of the box before firing low towards the bottom corner and forcing U’s goalkeeper Simon Eastwood into a smart save.

Newcastle also had a penalty appeal reviewed by the video assistant referee after Joelinton looked to have been brought down by Josh Ruffels, only for the VAR to concur with on-field official Robert Jones.

Newcastle were better after the break, Jamaal Lascelles seeing his effort from close range blocked, while Saint-Maximin was denied by Eastwood after another good run.

Having weathered the early storm, Browne nearly curled in the opener for Oxford before the on-loan Middlesbrough forward wasted the visitor’s best chance, shooting straight at goalkeeper Karl Darlow when played through on goal.

The Magpies pressed on for the winner, Almiron failing to hit the target with an overhead kick from close range.

Joelinton, who had twice had goals ruled out for offside, then wasted Newcastle’s best chance of the game, the club’s record signing blazing over from 12 yards out when he should have done better.

Nathan Holland nearly won it at the death when testing Darlow but it wasn’t to be and the two sides will do it all again at the Kassam Stadium on 4 February.