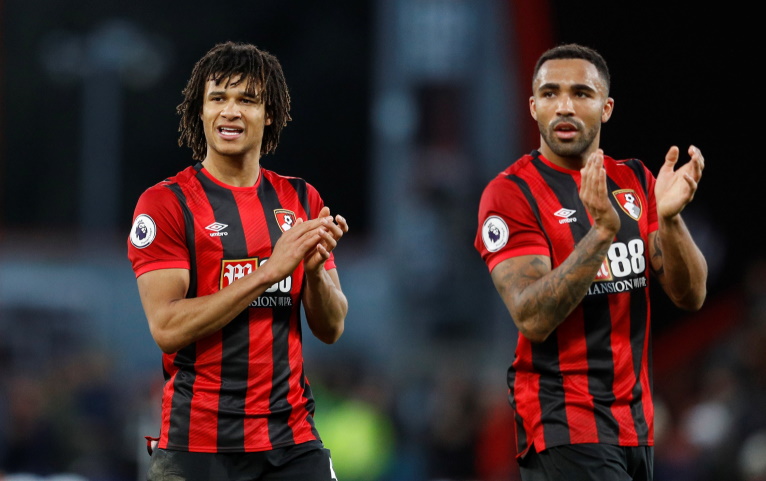 Ten-man Bournemouth moved out of the bottom three in the Premier League after keeping relegation rivals Aston Villa at bay at the Vitality Stadium.

The Cherries were forced to play 40 minutes without midfielder Jefferson Lerma after his red card but first-half goals from Philip Billing and Nathan Ake were enough in the end.

Eddie Howe’s men made the better start but it was Villa who had the first real chance when Frederic Guilbert blazed over from a Jack Grealish cross inside the first few minutes. The midfielder then saw his shot clip the post, with Aaron Ramsdale beaten at his far post.

Bournemouth then opened the scoring in the 37th minute after Villa failed to deal with several crosses. Simon Francis’ ball in picked out Dan Gosling and his cushioned header teed up Billing, who smashed the ball past Villa keeper Pepe Reina.

Seven minutes later it was 2-0 as Villa failed to clear their lines from a free-kick. Harry Wilson’s effort hit the ball but Tyrone Mings’s clearance fell to Ryan Fraser.

The Scotland international forced a save out of Reina but the Spaniard only palmed the ball into Ake’s path and he slotted home.

In the second half Bournemouth nearly added a third when Lerma clipped the crossbar in the 49th minute before he was dismissed two minutes later.

He obstructed Grealish on the edge of the box before being shown his second yellow card. After piling on the pressure, Villa eventually pulled a goal back with 20 minutes remaining at the Vitality Stadium.

Keinan Davis’ effort was deflected but it fell into the path of Mbwana Samata to head home his first goal for the Villans.

Both Grealish and Davis were denied by Ramsdale in the last 15 minutes as Bournemouth held on to claim a vital three points.