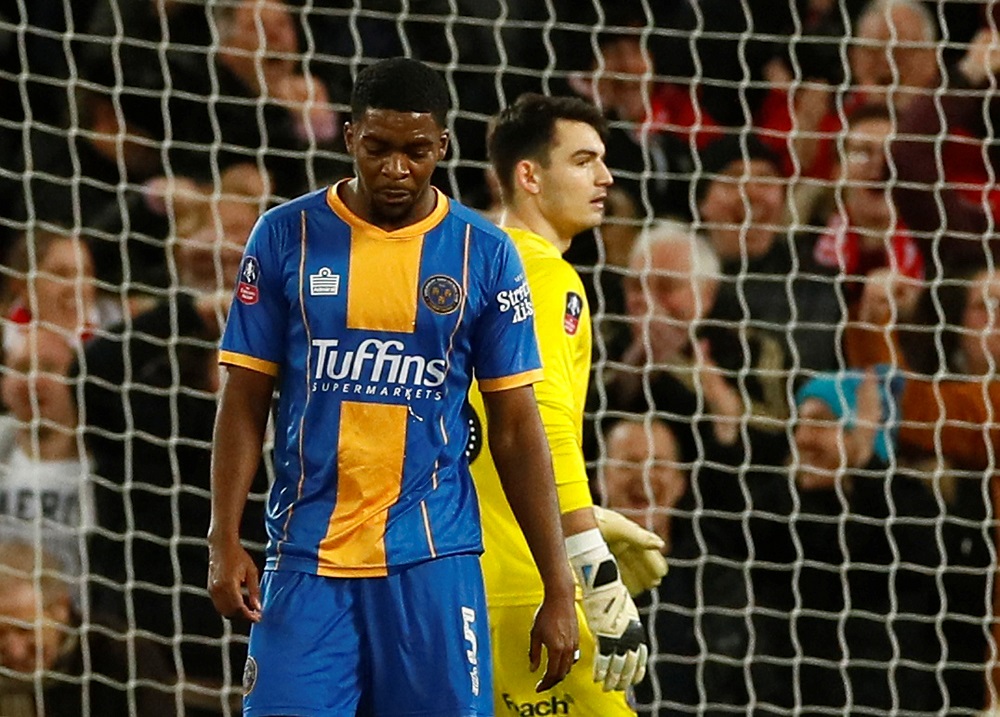 A Ro-Shaun Williams own goal proved decisive as Liverpool edged a 1-0 FA Cup fourth round replay win at home to Shrewsbury Town.

League One Town showed one change from the first meeting, with Dave Edwards starting in place of Ollie Norburn.

The opening minutes at Anfield saw the hosts enjoy a vast majority of the possession, although neither keeper was forced into action within the first quarter of an hour.

Jones eventually had the first effort on target 25 minutes in, with his free-kick comfortably dealt with by Shrews keeper Max O’Leary.

With half an hour played following a delayed kick-off, Neco Williams whipped a shot narrowly wide as the youthful home side upped the pace.

That proved to be the last minor threat as a drab first 45 minutes drew to a close with the visitors yet to muster a shot of any sort.

Neco Williams fired over following a corner early on in the second half, before the visitors thought they had taken a shock lead at Anfield.

Edwards saw his header saved by Caoimhin Kelleher, with Shaun Whalley following in to nod the loose ball into the back of the net, only for VAR to eventually rule the goal out for offside.

The Shrews brought on first-leg hero Jason Cummings with just over 15 minutes left to play, but almost straight away they fell behind as the unfortunate Ro-Shaun Williams planted a header into his own net.

And that proved to be the crucial moment, with Liverpool setting up a fifth round trip to Chelsea.