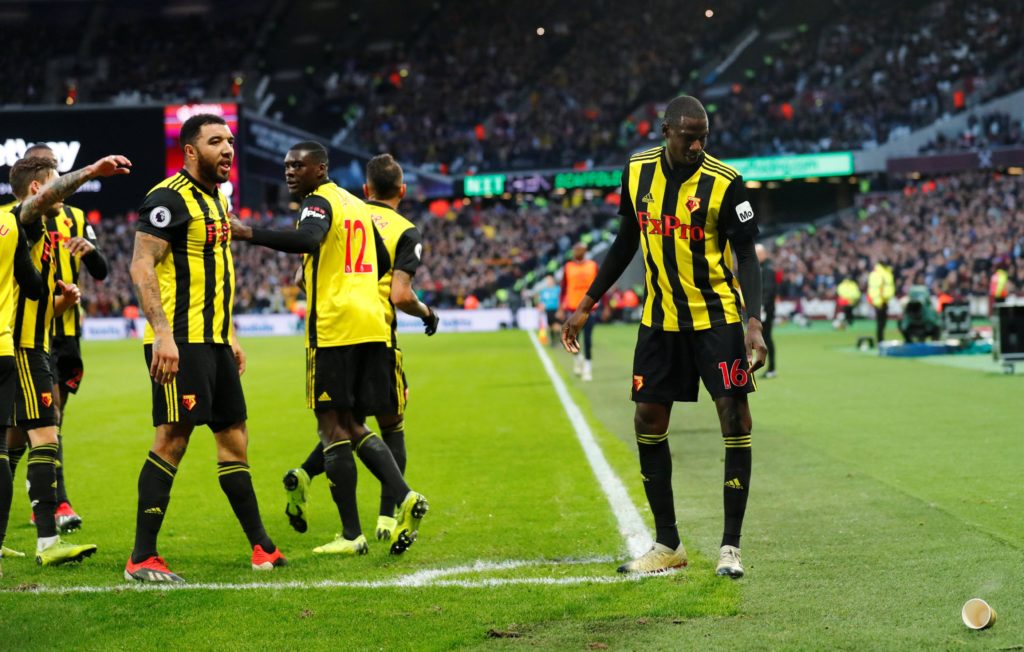 An own goal from Adrian Mariappa denied Watford a crucial three points after taking the lead at Brighton.

The Hornets led for much of the contest after a fine strike from Abdoulaye Doucoure but they were pegged back 12 minutes from the end at Amex Stadium and in the end Nigel Pearson’s visiting side were left clinging on to take away a point.

Watford stay second from bottom although they have moved level on points with West Ham United, just a point from 17th-placed Aston Villa and safety.

Brighton’s point keep them in 15th spot, with their second-half fightback ensuring Watford failed to join them on 26 points.

Graham Potter men remain without a win in six games so far in 2020.

Glenn Murray had the first chance of any real substance, heading a cross from Solly March wide of the post on 12 minutes.

Doucoure, who put through his own net in a 0-3 defeat to Brighton in August, enjoyed better fortune when he scored at the right end on 19 minutes.

A loose pass from Aaron Mooy saw the ball end up at his feet and he made ground towards the Brighton box before firing accurately past Mat Ryan.

Ben Foster was at full stretch to deny the impressive March a leveller on the half-hour mark, while at the other end some hesitant defending from Shane Duffy almost presented Troy Deeney with a gift-wrapped second goal.

Brighton improved in the second half and Murray almost touched home after good work from Mooy and Ezequiel Schelotto on the left-hand side.

Neal Maupay and Steven Alzate arrived either side of the hour to energise their challenge but it wasn’t until much later in the piece that parity was restored.

Maupay combined with Brighton’s third sub, Alireza Jahanbakhsh, and the latter saw his cross turned past Foster and into the net by Mariappa as he attempted to beat Murray to the ball.

Brighton went in pursuit of the winner but Jahanbakhsh was frustrated in the final minute when he failed to hit the target after being set up by Leandro Trossard.