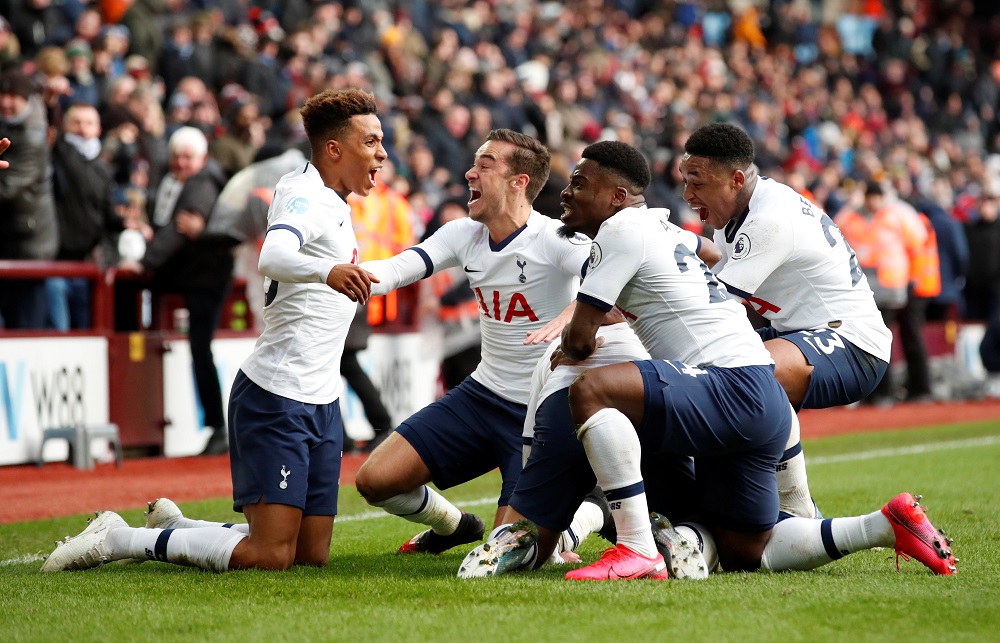 Tottenham Hotspur boosted their top-four hopes as Son Heung-min scored a dramatic last-gasp winner in a 3-2 victory at Aston Villa.

The hosts were without Tyrone Mings as he was suffering with tonsillitis, while Marvelous Nakamba dropped to the bench, with Bjorn Engels and Danny Drinkwater their replacements.

Spurs also made two alterations to the side which started the 2-0 win over Manchester City, with Ben Davies and Eric Dier preferred to Giovani Lo Celso and Japhet Tanganga.

The hosts started brightly and hit the front with nine minutes on the clock. Anwar El Ghazi whipped in a cross from the right flank and, rather than making the clearance, Toby Alderweireld only succeeded in turning the ball past Hugo Lloris and into his own net.

Jack Grealish caused problems soon after and Spurs were rescued when Davies deflected a Douglas Luiz effort over the crossbar and away for a corner.

Mbwana Samatta was unable to direct his header on target as he met another El Ghazi cross, before the visitors equalised on 27 minutes, with their first shot on target.

It was defender Alderweireld who made amends for his earlier mistake by powering a shot past Villa keeper Pepe Reina after the hosts had been unable to clear a corner.

Shortly before half-time Dele Alli failed to make the most of good work down the left by Davies, with Steve Bergwijn also seeing a follow-up effort blocked.

Spurs were then awarded a penalty following a VAR check for a challenge by Engels on Bergwijn, with Son scoring from the rebound after Reina had saved the initial spot-kick.

Early in the second half El Ghazi fired a shot straight at Lloris, with Spurs having already failed to make the most of two decent attacking positions.

Eight minutes into the second period it was 2-2 as Grealish swung over a corner from the left side and the unmarked Engels arrived to plant a header into the back of the net.

Reina saved efforts from both Bergwijn and Son as the game continued to switch from end to end, with both sides making changes to try and gain the upper hand.

Alli was denied by the impressive Reina as the game entered its final 20 minutes, while Villa also continued to press without being able to forge a clear opening.

Son forced two more saves from the ever-alert Reina before striking the decisive blow in stoppage time, taking advantage of an Engels error to fire a cool finish past the Spanish keeper.

Spurs have climbed to fifth on the back of the win, just a point behind fourth-placed Chelsea – who host Manchester United on Monday – while Villa stay in 17th, one point above the relegation zone.