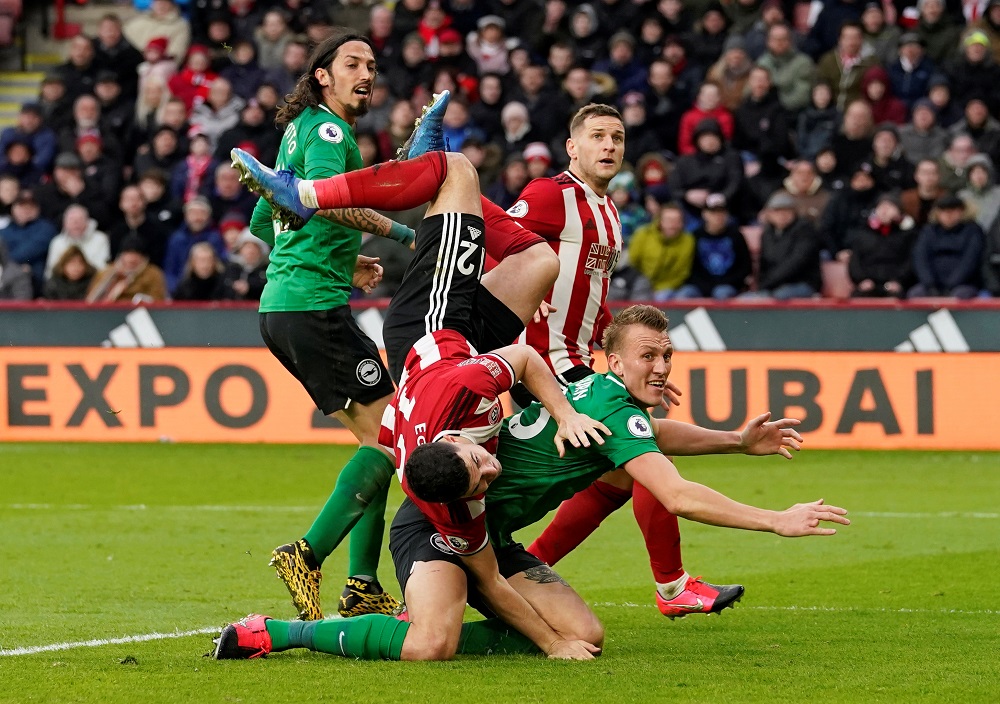 Sheffield United had the better of the game but were forced to settle for a point from a 1-1 draw at home to a battling Brighton side.

The hosts stuck with the same starting XI who began the 2-1 win at home to Bournemouth just before the winter break, while Albion made three alterations to the team who drew 1-1 with Watford.

The Blades made a fast start, pinning their opponents back for much of the opening few minutes of the game, with Oli McBurnie just unable to make contact with a George Baldock pass when he was well placed.

The first shot on target came 19 minutes in as Bissouma shot tamely at the waiting Dean Henderson in the home goal and seven minutes later the hosts broke the deadlock through Enda Stevens.

A deep cross from the right eventually dropped to the left-back and he flashed a fierce left-foot shot just inside the near post of Seagulls keeper Mat Ryan.

However, the lead lasted a mere four minutes before Albion drew level, with Neal Maupay swooping to nod home after a free-kick into the area had been headed on by Lewis Dunk.

Early in the second half, Dunk flashed a shot over the crossbar after another ball into the area caused problems for the home defence.

The hosts regained the upper hand as the hour mark approached, with John Fleck flashing a shot a yard wide from 25 yards out, before Ezequiel Schelotto saw claims for a penalty waved away as his cross struck the arm of Ben Osborn.

As the game entered the final 10 minutes McBurnie miskicked as he met a ball in from the left flank and the striker then saw his close-range flick kept out by the alert Ryan.

However, despite their late charge, the Blades had to settle for a point which probably suited the visitors rather better.