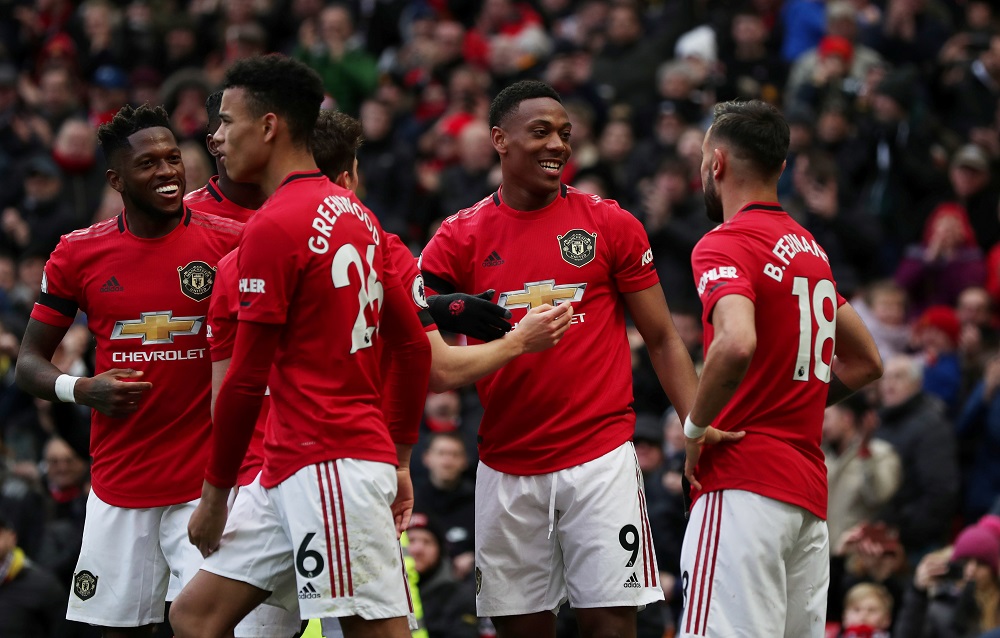 Manchester United claimed a comfortable 3-0 victory at home to out-of-form Watford to move up to fifth in the Premier League table.

The hosts made two changes to the side which won 2-0 at Chelsea, with Victor Lindelof and Mason Greenwood replacing Eric Bailly and Brandon Williams, while Odion Ighalo was named on the bench.

The Hornets made one alteration to the XI which began the 1-1 draw with Brighton, with Craig Dawson preferred in defence to Adrian Mariappa.

Left-back Luke Shaw made a vital challenge early on after a defensive mix-up between Harry Maguire and Victor Lindelof left Troy Deeney free in the United area.

However, it was the hosts who were enjoying the majority of the possession, without being able to seriously test the Hornets backline.

Abdoulaye Doucoure was next to threaten for the visitors, but, having made space a couple of yards out, was unable to find an angle to beat David de Gea at his near post.

Aaron Wan-Bissaka shot wide when he should have done much better after Ben Foster had flapped at a cross in from the left, before Anthony Martial shot wastefully over from the edge of the area.

De Gea had to carefully watch a Doucoure drive with half an hour played, while eight minutes before the interval Fred shot high and wide after being well set up by Daniel James.

However, United were handed an opportunity to take the lead soon after as Bruno Fernandes went down under the challenge of Foster and got up to coolly dispatch the resulting penalty kick.

Watford were denied an equaliser early in the second half as Deeney bundled home from a corner, only for VAR to rule the effort out for a handball by Dawson.

That proved even more costly just before the hour mark as Martial did superbly to keep control of the ball in the Hornets area, before lifting a superb finish over Foster and into the unguarded net to double the United advantage.

Foster kept out a Mason Greenwood shot with his feet as United started to enjoy the benefit of their two-goal cushion, which became three 15 minutes from time.

Greenwood started a move deep inside his own half and eventually took a return pass just outside the Watford box, before curling home a superb left-footed finish into the top corner of the net.

Ighalo came on for his United debut and almost marked the occasion with a goal, as the Red Devils ran out convincing winners to move up to fifth place in the standings, three points behind Chelsea in fourth.